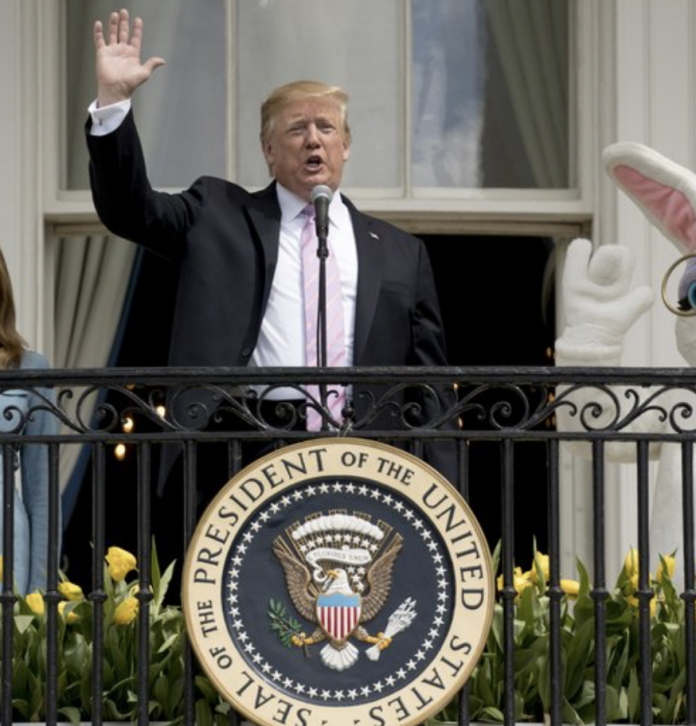 As Democrats continue their attempts to impeach President Trump, many Americans wonder how he feels about the renewed attempt. However, according to the president, he’s not worried at all.

Trump on the Possibility of Impeachment

During his time at the White House Easter Egg Roll, the president informed reporters that he has no worries whatsoever about impeachment.

“Not even a little bit.”

Today’s White House Easter Egg Roll event is not the first time in which the president has acknowledged Democrats who want him out of office.

Over the weekend, Trump tweeted about the matter.

The Trump Haters and Angry Democrats who wrote the Mueller Report were devastated by the No Collusion finding! Nothing but a total “hit job” which should never have been allowed to start in the first place!

Despite No Collusion, No Obstruction, The Radical Left Democrats do not want to go on to Legislate for the good of the people, but only to Investigate and waste time. This is costing our Country greatly, and will cost the Dems big time in 2020!

How do you impeach a Republican President for a crime that was committed by the Democrats? MAKE AMERICA GREAT AGAIN!

Earlier this morning, the president noted that only certain offenses warrant impeachment, offenses which he has not committed:

Only high crimes and misdemeanors can lead to impeachment. There were no crimes by me (No Collusion, No Obstruction), so you can’t impeach. It was the Democrats that committed the crimes, not your Republican President! Tables are finally turning on the Witch Hunt!

Throughout the duration of the Mueller probe, various Americans speculated about whether or not attacks on Trump would subside in the event of no conviction. Despite the fact that Trump did not collude with the Russian government, the attacks on him have not ceased. As a matter of fact, they have mounted considerably.

Before, Democrats harbored a vested interest in seeing Trump be declared guilty. Since the Mueller probe is now over, the tide has changed. Democrats are now poking around and attempting to gain access to years of the president’s personal and business tax returns; they’ve even gone as far as to write letters to the IRS. Of course, this is on top of the moves to impeach Trump.

The Mueller Probe and the 2020 Election

The results of the Mueller probe are will inevitably impact the 2020 presidential election. It has confirmed the beliefs of many conservatives and Trump supporters. Since the inception of the investigation, the president maintained his position of innocence. Democrats, on the other hand, regularly stated that the probe ought to first conclude before Trump is assumed to have not colluded.

Despite the end of the investigation, certain Democrats seemingly refuse to accept the results. Will this hurt them in the 2020 election?