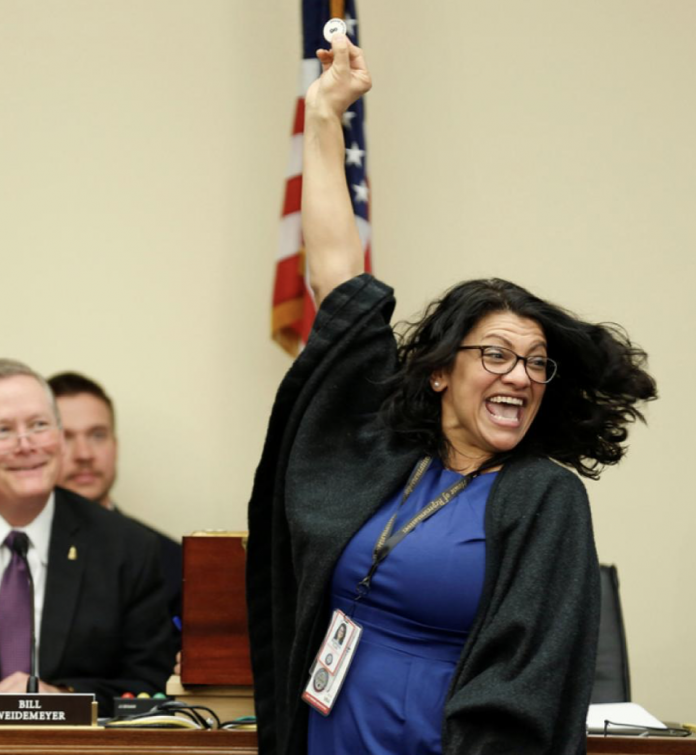 On Friday, Rep. Rashida Tlaib attended a Detroit town hall; the purpose of the town hall centered around reigniting support for the controversial Green New Deal.

The Green New Deal has served as a subject of controversy since its inception. Democrats remain overwhelmingly supportive of it, hailing the Green New Deal as the pillar of health, the end of poverty and the savior of the environment.

Republicans, as one might imagine, feel very differently. Critics of the Green New Deal note the massive costs associated with the legislation. The proposal’s call to do away with gas-fueled cars, air travel, and provide economic aid to Americans that are “unwilling” to work hasn’t won over conservatives either.

“A Green New Deal is not bold or radical. This is our life. If there is anybody who deserves a seat at the table it is us in Wayne County! We can’t sit back and let corporate greed tell us this is not possible!”

The Michigan congresswoman then went on to articulate the manners in which she believes the Green New Deal will help America:

“When I talk about the Green New Deal, our right to breathe clean air, clean water, I always say to people ‘you want to see what doing nothing looks like, come to the neighborhood I grew up in.’ I smelled like hydrosulfide from playing outside, a rotten egg smell.”

Tlaib’s remarks continued with her discussing the various plights of children in Wayne County, Michigan and the Detroit area.

At the #Detroit stop of the Road to the #GreenNewDeal, @RepRashida said, “When they say there's 12 years, I say our 12 years is here today. When you think about Wayne County and Metro Detroit, it is here today." Stay tuned with @detroitnews hosted by: @sunrisemvmt pic.twitter.com/KqAcZwo0zt

The Chance to Vote on the Green New Deal

Rep. Tlaib’s appeal for the Green New Deal comes after Congress already presented the opportunity for legislators to vote on it. This opportunity occurred in March and furthermore, the results revealed a lot.

Republicans unilaterally opposed the Green New Deal. Many Democrats simply voted “present,” although a few Democrats joined Republicans in voting against the proposal.