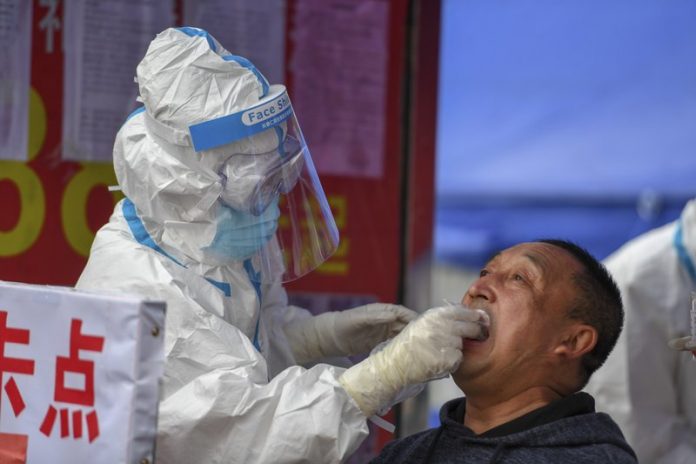 Japan’s economy plunged into recession in the first quarter as the coronavirus pandemic squelched business activity, while leaders in the U.S. and Europe are weighing the risks and rewards of lifting COVID-19 restrictions knowing that a vaccine could take years to develop.

India, meanwhile, recorded its biggest single-day surge with 5,242 new cases and 157 deaths, taking the country’s infection tally to more than 96,000, the most in Asia. The country has now 3,029 fatalities due to COVID-19.

China, which reported just seven new cases on Monday, maintained tighter social distancing rules in parts of the northeastern province of Jilin after a cluster of cases of unknown origin turned up in the area. Two of the new cases were in Jilin and residents were being required to show certificates of health, including a recent negative nucleic acid test, if they wished to leave Jilin city, the province’s second-largest metropolis, state media reported.

In other parts of the country, restrictions have been gradually lifted and many in Beijing, where no cases have been reported in weeks, have stopped wearing masks outdoors, although most establishments still require they do so when indoors and on public transport. Despite reopening moves, central government petition offices in Beijing, where people come from across the country to register complaints, will remain closed for the time being.

Japan is extremely vulnerable to repercussions from the pandemic given its dependence on trade with both China and the U.S.

In hard-hit Italy, Premier Giuseppe Conte acceded to a push by regional leaders to allow restaurants, bars and beach facilities to reopen Monday, weeks ahead of an earlier timetable.

“We are confronting this risk, and we need to accept it, otherwise we would never be able to relaunch,” Conte said.

That came as governments worldwide and many U.S. states struggle with restarting economies battered by the pandemic. In the U.S., images of crowded bars, beaches and boardwalks suggested some weren’t heeding warnings to safely enjoy reopened spaces while limiting the risks of spreading infection.

British Prime Minister Boris Johnson, who was hospitalized last month with COVID-19, speculated Sunday that a vaccine may not be developed at all, despite the huge global effort to produce one.

“There remains a very long way to go, and I must be frank that a vaccine might not come to fruition,” Johnson wrote in Sunday’s edition of the Mail newspaper.