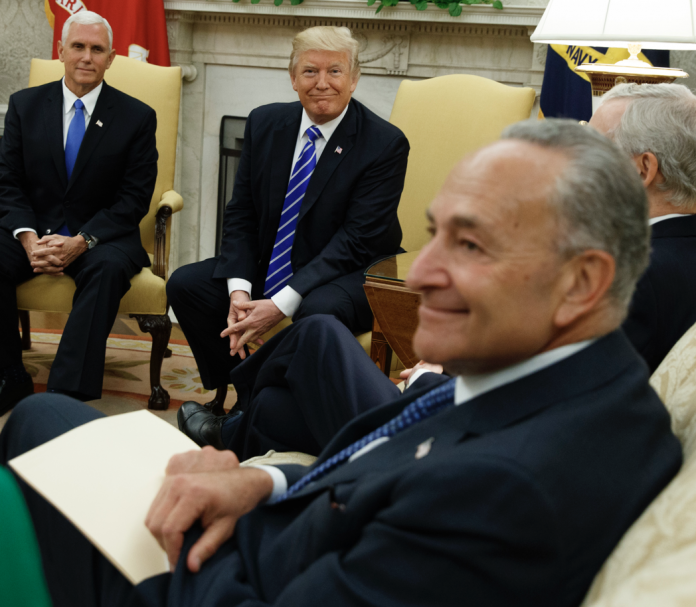 In the wee hours of Saturday morning, Democratic leaders Chuck Schumer and Nancy Pelosi blamed President Donald Trump for the shutdown of government. The government shutdown comes after heated tensions over the provision of funding for the president’s promised border wall.

An Overview of Schumer and Pelosi’s Statements

Schumer and Pelosi have engaged in fingerpointing and scapegoating with President Trump. At this time, the president is sticking by his demands for $5 billion dollars to fund the creation of a wall along the Southern border. Democrats, however, aren’t going for it.

Prior to the latest shutdown, Schumer and Pelosi urged Trump to sign a stopgap bill to prevent the closure of government. The president informed the Democratic leaders that he would not sign any legislation which failed to fund the border wall. This subsequently prompted Schumer and Pelosi to claim that the president would hold responsibility for a potential, forthcoming “Trump Shutdown.”