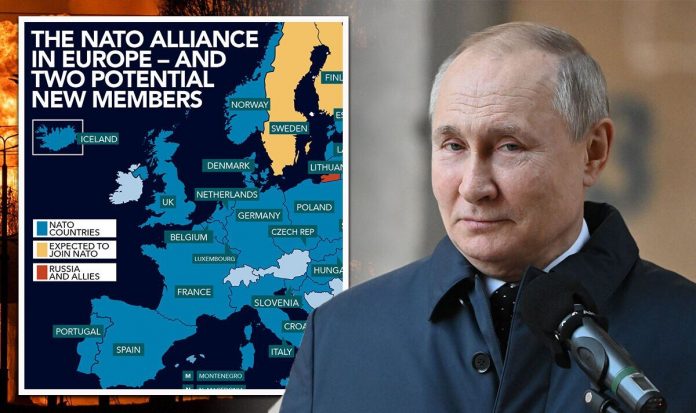 Finland is seeking security from an aggressive Russia with its bid for NATO membership. And Sweden is also expected to join.

Russia’s invasion of Ukraine has frightened the Scandinavian countries. And the need for security has prompted their decision to join NATO.

The two Nordic countries historically do not take sides. Finland has remained neutral in military confrontations since 1948. And Sweden has 200 years of neutrality.

Both countries have small militaries and no real defense against well-armed Russia.

On Sunday, Finland is expected to announce its application to join NATO. Since Finland shares an 833-mile-long border with an aggressive and heavily militarized Russia it is especially vulnerable. And Finland’s leaders announced that they were seeking safety from NATO “without delay.”

The Kremlin has already issued statements from Russian President Vladimir Putin saying NATO membership for Finland would “definitely” be a threat to Russia, “As we have said many times before, NATO expansion does not make the world more stable and secure.”