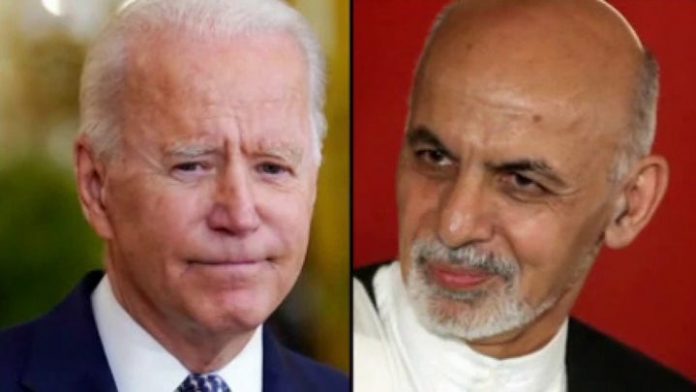 On July 23rd, as Taliban insurgents were pushing through Afghanistan, President Joe Biden spoke to Afghanistan President Ashraf Ghani. We only have a partial transcript of the Biden phone call.

The leaders spoke for less than 14 minutes. The phone conversation has since been leaked to the press.

During the conversation, Ashraf Ghani was trying to inform Biden of the dire situation. And was begging for American support. He was warning that without US air support the Taliban and other “international terrorists” might not be stopped.

Ghani also told Biden that his military people were trying to negotiate with the Taliban and that wasn’t working. Biden didn’t update Ghani of any negotiations that the US had in place with the Taliban.

On July 1st the US abandoned Bagram Airforce Base in the middle of the night. There was no notice given to the Afghan general that was supposed to take control of the base after the US fled.

Biden seemed intent on getting the right political strategy and messaging techniques together. He was urging Ghani to change the public perception of what was happening on the ground.