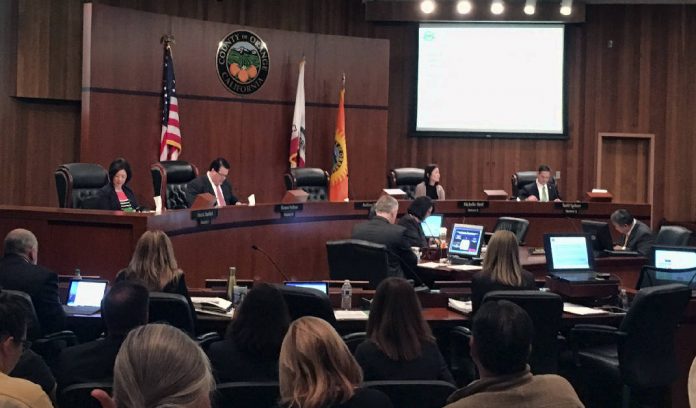 U.S. Attorney General Jeff Sessions called the three California laws “irrational, unfair, and unconstitutional.”  On the other hand, Gov. Jerry Brown called Sessions’ allegations against the state a “lie” and a “political stunt.”

The Escondido City Council voted 4-1 to file a legal brief in support of the DOJ’s case challenging California’s sanctuary policies. In an interview with Los Angeles Times, Mayor Sam Abed said a year ago, he promised Gov. Jerry Brown that his city will sue the state if SB 54 became law. He added, “Your Sacramento is now politically, ethically, and morally corrupt.”

The Aliso Viejo City Council also voted 4-1 to join the lawsuit against the state. In a statement, Mayor Dave Harrington said, “We had a robust discussion and I’m proud of my colleagues for their stamina and attention through 6.5 hours of testimony. We did the right thing.”

On Tuesday, Huntington Beach City Council voted 6-1 to file a lawsuit against the state over SB 54, which took effect on January.

The Fountain Valley City Council also voted in favor of filing an amicus brief in support of the DOJ’s lawsuit.

On March 27, the Orange County Board of Supervisors decided to join the Trump administration legal battle. Supervisor Michelle Steele said they cannot allow the state to “begin cherry-picking which federal laws” to obey. She also emphasized that they “took oaths to uphold and defend the Constitution of the United States…”

On March 29, Mission Viejo City Council voted to file an amicus brief in support of the federal government’s complaint against the state. The council also adopted a resolution to exclude itself from SB 54.