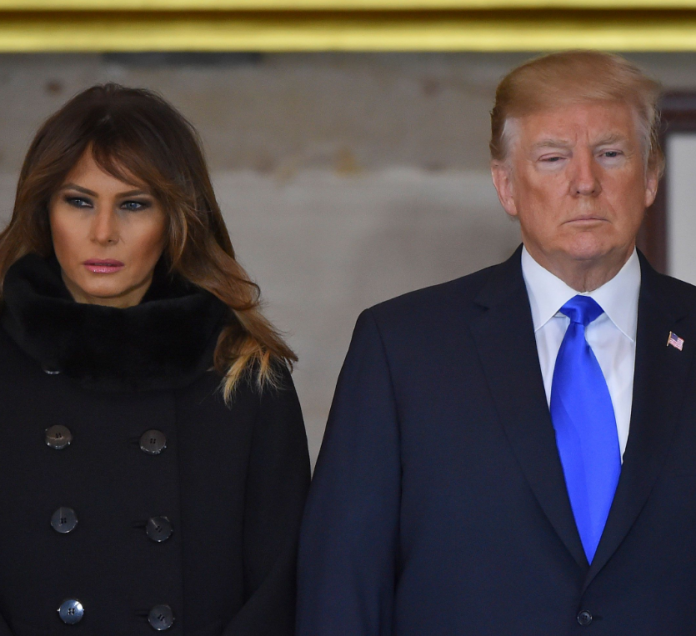 Towards the middle of last month, the First Lady underwent surgery for a benign kidney condition. Melania’s surgery was successful and took place at the Walter Reed National Military Medical Center.

Shortly before the First Lady’s surgery, she announced the inception of her ‘Be Best’ campaign; the purpose of the campaign is to help children. She also appeared with the President to welcome home three American hostages who were previously held captive in North Korea.

After Melania’s surgery, White House officials announced that the First Lady would remain in the hospital for the week in order to recover. However, when Melania did not immediately appear in front of cameras after one week, various conspiracy theories emerged. Certain reports speculated that the First Lady returned to New York. Others alleged that Melania was with her parents, in hiding, or even dead.

The theories became so outlandish that the First Lady herself tweeted out, noting the media’s choice to “work overtime” in speculating her whereabouts.

I see the media is working overtime speculating where I am & what I'm doing. Rest assured, I'm here at the @WhiteHouse w my family, feeling great, & working hard on behalf of children & the American people!

Today, President Trump also tweeted about the numerous conspiracy theories surrounding the whereabouts of his wife:

The Fake News Media has been so unfair, and vicious, to my wife and our great First Lady, Melania. During her recovery from surgery they reported everything from near death, to facelift, to left the W.H. (and me) for N.Y. or Virginia, to abuse. All Fake, she is doing really well!

…Four reporters spotted Melania in the White House last week walking merrily along to a meeting. They never reported the sighting because it would hurt the sick narrative that she was living in a different part of the world, was really ill, or whatever. Fake News is really bad!

A Troubled Relationship with the Press

Since the inception of Trump’s campaign for the White House, he has maintained a troubled relationship with the media. The President and many of his supporters also believe that the press has intentionally misrepresented Trump in the media due to a political vendetta against him.

The President has regularly called out publications such as CNN and the New York Times for untrue reports. However, many factions of the media controverted the claims of the President and his backers; according to the mainstream media, they simply report the facts.

Nevertheless, many Americans disagree with the media’s aforementioned assertions of accuracy. Earlier this week, a Pew study came out affirming that nearly 70% of Americans are “worn out” with the press.

Finally, a considerable amount of individuals have stated that the media opines as opposed to factually reporting news. The untrue conspiracy theories surrounding First Lady Melania Trump are indicative of such claims.