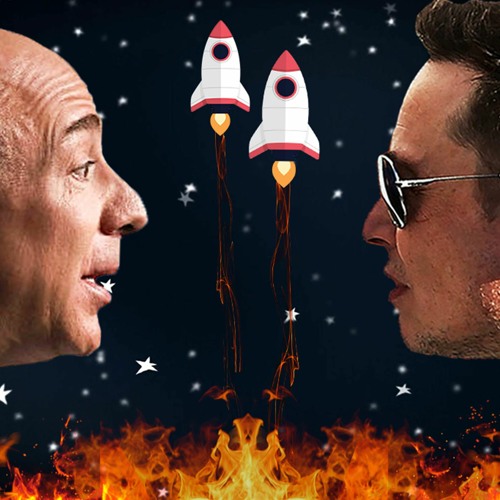 Jeff Bezos CEO of Washington-state-based Blue Origin lost its bid to SpaceX for the moon landing NASA contract. Elon Musk owned SpaceX got the contract. But the Senate is voting next week on whether to order NASA to give Jeff Bezos $10 billion to even the playing field.

Congress through the Endless Frontier Act is attempting to add funding for science and technology research. Sen. Maria Cantwell, D-Wash., added an amendment to the Bill. And it will hand over $10 billion to Blue Origin. And it’s no coincidence that Bezo’s Blue Origin is headquartered in Cantwell’s home state.

Bernie Sanders not a fan

Prior to the amendment, the bill has enjoyed bipartisan support. Senate Democratic leaders say they may get a vote for final passage this week. Then the legislation would be sent to the House of Representatives.

Cantwell proposes that SpaceX would still get the contract. But an additional identical contract would be awarded to Bezos’s company. A third bidder for the moonshot, Dynetics, is “written out” of the amendment.

Cantwell’s amendment is getting some opposition.  Sen. Bernie Sanders, I-Vt., introduced a surprise amendment Monday to eliminate the $10 billion that Cantwell is adding. “It does not make a lot of sense to me that we would provide billions of dollars to a company owned by the wealthiest guy in America,” Sanders says.

Lobbying the Senate in 2021

According to disclosure reports Blue Origin has spent roughly $625,000 lobbying the Senate in the first three months of 2021. And this includes $50,000 to a firm called Clark Hill that would only lobby for the lunar landing contract.

Clark Hill includes John Culberson, from Texas a former member of the House of Representatives. Just a few months ago, he was on the National Space Council Users’ Advisory Group that makes policy suggestions to NASA.

Jeff Bezos, Elon Musk, and a slew of others have been lobbying for the contract. The project will put astronauts back on the moon for the first time since 1972.

Bezos and Musk have also been competing for the title of the world’s richest man. The more space-savvy Musk-owned company has developed reusable rockets and other successful innovations. Musk also is more than halfway done with his ambitious plan of sending thousands of internet-beaming satellites to surround the Earth. And Bezos is just starting to do the exact same thing.

Blue Origin has fallen far behind both SpaceX and United Launch Alliance (ULA) in the space race. But in all fairness, they are relatively new players on the scene.

Blue Origin dramatically lost the bid when its’ numbers were double SpaceX’s bid. NASA announced the contract award to the Elon Musk-owned firm in April.

After losing the bid Blue Origin and Dynetics filed protests with the Government Accountability Office (GAO). The legislation being considered by Congress will seemingly bypass the watchdog and the NASA award process. It will be a multibillion-dollar handout to NASA to pass on to Blue Origin. Cantwell calls the effort “redundancy.”

When NASA was asked if Cantwell’s amendment will override its decision-making processes in the future a NASA spokesperson Monica Witt declined to comment.