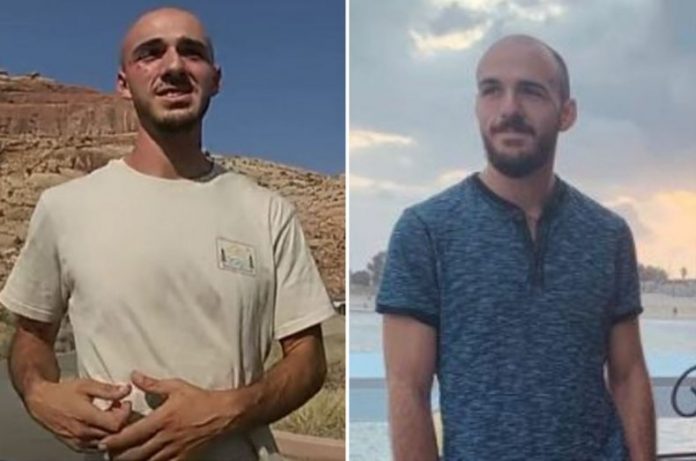 Brian Laundrie and his girlfriend Gabby Petito were on a cross-country #vanlife trip. In late August her friends and family lost contact with her. Laundrie returned home September 1st without Gabby in her 2012 Ford Transit van. And he and his parents lawyered up.

Before she was reported missing the Laundries went on a camping trip. And no one responded to Gabby’s increasingly concerned parents or answered their calls.

Gabby’s mom reported her missing on September 10th. At that time the police told her that Brian was back in town.

Neither Laundrie nor his parents would talk to the police.

On Sept. 19, Petito’s body was found in a remote Wyoming campground. YouTubers video helped the police to find her. Her death was ruled a homicide by manual strangulation.

He is the only “person of interest” in her death. And is named in an arrest warrant which alleges he was using Petito’s debit card charging over $1,000 after her death.

Missing fugitive Brian Laundrie’s mother reportedly changed Florida camping reservations at the Fort De Soto Park Campground in St. Petersburg. The original reservation was made for 2 people. And she changed it to 3 people. The reservation was amended the day before Laundrie returned to his parents’ Florida home on September 1st.

On Aug. 24, Roberta Laundrie made reservations. But she called to change them on Aug. 31 for three people for the weekend of Sept. 6-8.

This indicates the Laundries may have known their son was in-route to their North Port home on August 31st.

Christopher Laundrie has been ordered to report to a Sarasota County small claims courtroom on December 1st. A suit accusing him of trashing a protester’s lawn sign valued at $40.

Brian Laundrie’s father got upset and pulled the yellow sign off the front lawn of the family’s home. It had its message facing the house and said “What if it was Cassie?” He then tore it up.

Although many are no fans of the Laundries it is questionable if the poster board sign could be worth $40. And in the suit, it is claimed that he went off his property to get the sign. Photographs appear to show the sign on the elder Laundries property.

People have been gathering in front of the house for a month. Asking the family to answer questions about the death of Long Island native Gabby Petito. And now the mysterious disappearance of their son.