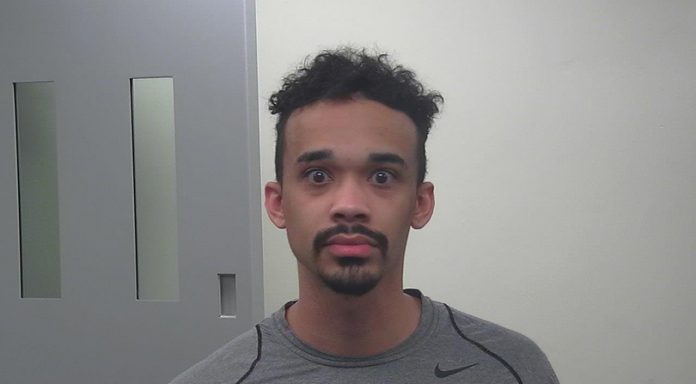 The Federal Bureau of Investigation (FBI) questioned a left-wing activist regarding his entry into the U.S. Capitol in order to “document” the siege. He is now the subject of a criminal complaint in conjunction with alleged participation, according to the Justice Department.

John Sullivan, an admitted Black Lives Matter (BLM) activist, claimed that he entered the U.S. Capitol building with the rioters to document the event. However, after further investigation, evidence showed that Sullivan is an alleged participant and instigator.

Fox News first reported about the participation of a BLM activist in the U.S. Capitol attack last week.

In the video he provided to the FBI, Sullivan can be heard instigating protesters, according to a federal criminal complaint. He has also shared that video to his YouTube and Twitter accounts under the pseudonym Jayden X.

He faces federal charges of civil disorder, entering a restricted building, and violent entry of disorderly conduct. He entered through a broken window while wearing a ballistic vest. Sullivan confessed to Foulgar that he entered the Capitol prepared for violence.

Additionally, he encouraged protesters to climbed over a wall at the entrance of the Capitol, while he exclaimed in the video, “You guys are f—– savage! Let’s go!”

“There are so many people,” Sullivan narrated, ” Let’s go! This s— is ours! F— yeah! I can’t believe this is reality!” This is being stated while Sullivan is recording a large crowd making its way towards the building.

In an interview Sullivan had with Rolling Stone, which was published Wednesday, he explained his tactics of putting on an act to ingratiate himself to supporters and build trust. “I had to relate to these people and build trust in a short amount of time. I had there to get where I need to go,” he told the magazine. “To the front of the crowd to see the dynamic between the police and the protesters, because nobody wants to see the backs of people’s heads from a far-off distance.”

The BLM activist managed to get through the crowd and get to the front of the fray. During the unrest, Sullivan was able to capture and tweet a close-up video of the moment a Capitol Police officer fatally shot Air Force veteran Ashli Babbitt. He documented the incident just feet away, during the height of the chaos and calamity outside Speaker Nancy Pelosi’s office.

Investigators are analyzing video footage as well as using his interview to confirm Sullivan’s whereabouts and participation in the unforgivable events within the Capitol.

“Sullivan, the founder of a Utah-based group called Insurgence USA, told Fox News last Thursday that he’d entered the besieged Capitol to ‘document’ what was going on and to dispute ‘this narrative going around” that Antifa instigators had played a role in the riot.'”

The report continued, “While he has denied ties to Antifa in recent interviews, his group Insurgence USA had advertised an event called ‘Kick These Fascists out of DC’ on Wednesday around the same time as a pro-Trump rally near the National Mall that preceded the Capitol chaos. [And as we know], Antifa is short for “anti-fascist.”