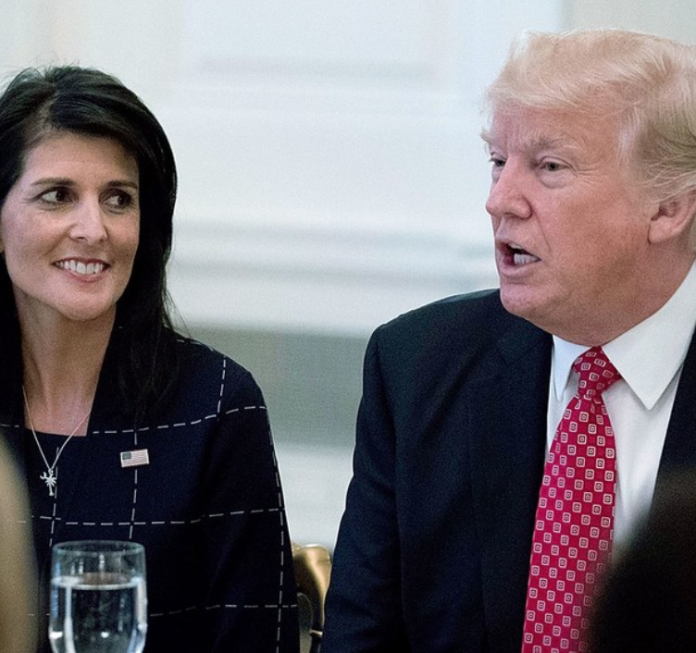 In the aforementioned tweet, Waters questioned Haley’s alliance with the President. The Democrat also alluded to supposed “confusion” on Haley’s end:

Nikki Haley, why are you aligned w/ Trump?  What is it about him that makes you want to suffer endless humiliation? If you are concerned that Larry Kudlow and Trump think you are confused, why are you staying? How can you accept his lies & his policies?

Many people who dislike President Trump have not hesitated to also go after members of his administration. During this week, various sources have opined about Haley’s work with the President. Some have even alleged that she has certain political ambitions and plans of her own.

A former White House official asserted that Haley might eventually “throw President Trump under the bus” for her own gain:

“Clearly she has machinations for higher office and will do anything to continue rising, even if it eventually means throwing President Trump and his administration under the bus.”

Thus far, there is no evidence to support the preceding claim about any impure intentions on Haley’s end.

What Do Americans Think Regarding Criticisms Against Haley?

Thoughts regarding Waters’ tweets and other criticisms vary from person to person. There are certain people who view condemnations against Haley as merited. Conversely, there are also individuals who believe that the criticisms are unwarranted.

On Tuesday, Haley responded to one of her detractors with the following affirmation:

“With all due respect, I don’t get confused.”

Readers of The Hill furthermore weighed in with their feedback:

“Hey Maxine Waters, why suffer with endless humiliation? Just commit hari-kari and save us all from your humiliation. You will never be half the strong woman that Haley is, but you will be a mouthy one.”