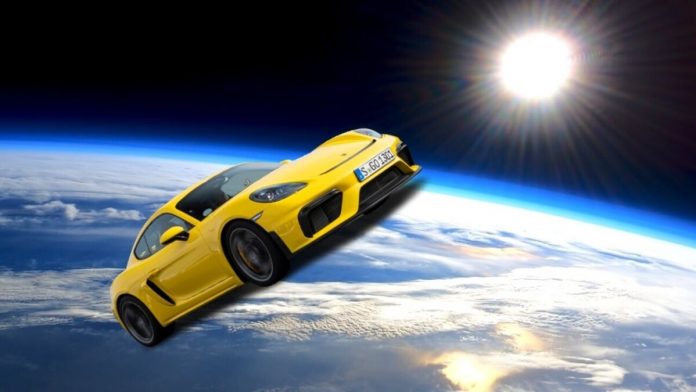 Carmaker Porsche SE, the German multinational corporation which includes Volkswagen has now jumped into the Space Race. It is the latest mega investor to see the urgency in the development of future space technologies. They are putting funds into Isar Aerospace, a German-based space startup.

The company, controlled by the closely related Porsche and Piëch families, is responsible for turning Volkswagen, Audi, and Porsche into global brands.

The Porsche SE website described the Investment portfolio expansion into Isar. The investment is targeting the marketplace where Elon Musk’s company SpaceX leads the world in rocket production and satellite launch services.

Space has become a growing marketplace. And Isar Aerospace believes it can compete. Their business plan calls for a test flight next year. And then a  launch of small satellites into Earth’s orbit.

The last few months have been historic in the so-called Space Race.

Musk’s SpaceX carried 88 more satellites into low orbit space. Since 2019, SpaceX has been building its space-based mega-constellation. So far more than 1500 Starlink satellites have been launched. To achieve global coverage the ultimate goal is to have 30,000 small satellites in space.

Virgin Galactic, Blue Origin, and SpaceX are all backed by billionaires. SpaceX is years ahead of its competitors. And Branson and Bezos have both personally gone on space missions. There is little doubt that the space race is heating up.

Porsche SE is investing with the venture capital company HV Capital. And Swiss bank Lombard Odier has joined the group. The plan is to inject $75 million, as part of a $165 million funding round that also includes existing investors.

The global space launch services market is due to increase to $35.4 billion by 2027. It is likely that at least a third of that increase will come from the deployment of new satellites.

But Isar said on Wednesday that “The funding will allow Isar Aerospace to further invest in its launch, testing, and manufacturing infrastructure for its largely automated rocket production and commercial operations.”

There is no doubt that the global economy is now technology-driven. And commercial demand for small satellites is growing. Companies of all types will more heavily rely on satellite technology to run their computer systems and all the software APIs that are quickly emerging.

“Space will become a key technological platform for many industries worldwide — from the automotive to the telecoms sector — bringing advances and new capabilities of [Internet of Things], data encryption and storage, as well as smart farming applications and surveillance for tackling climate change,” Isar Aerospace said.

“We are convinced that cost-efficient and flexible access to space will be an enabler of innovation in many industry sectors,” Lutz Meschke, the Porsche SE director of investment management, said.

“With Isar Aerospace, we are investing in a company that is well-positioned to establish itself as a leading European manufacturer of launch vehicles,” he added.

Isar Aerospace has raised $180 million since 2018. It has become the fastest-growing private launch service firm in the EU. And it takes pride in the fact that Airbus (EADSF) is also one of its first paying customers.