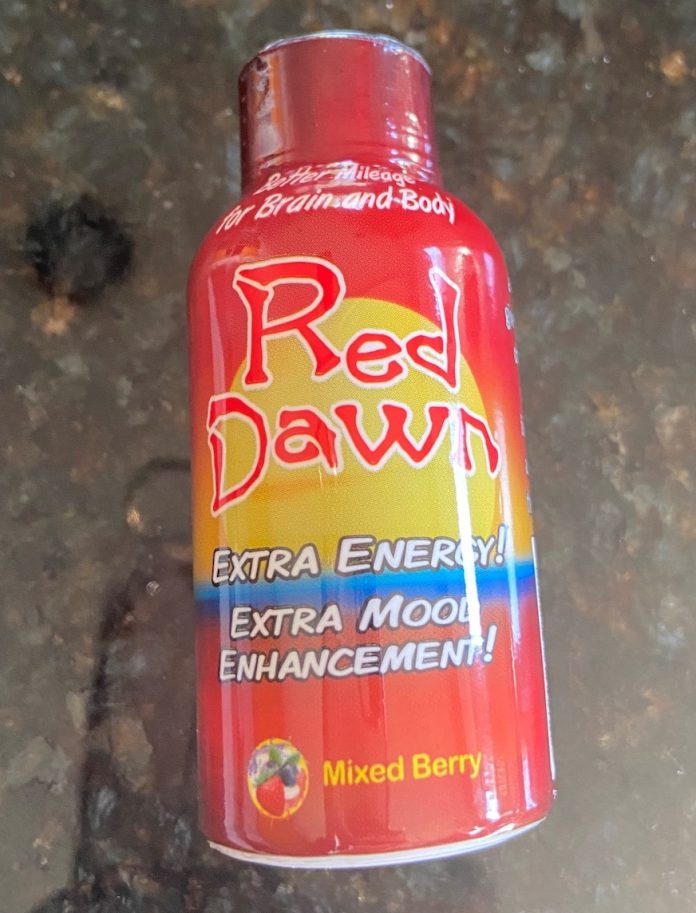 Energy shot company Red Dawn Energy removed phenibut from its Sleepwalker shot last year after a class-action lawsuit was filed, but has now found itself in the hot seat once more for adding the deadly designer drug phenibut back into their energy shot products now labeled as “Red Dawn Energy.”  Red Dawn’s energy shots have already been banned from Amazon. The company has also received an FDA warning in the past.

Phenibut is a designer drug often marketed as a dietary supplement that can reduce anxiety. However, the drug is not approved by the FDA for sale in dietary supplements. In addition, sales of phenibut could lead to legal actions in the United States due to its addictive nature.

At doses of more than 7 grams, a person may experience fatty liver degeneration. Other phenibut dangers, particularly when too much is taken, can include tonic-clonic seizures, delirium, and unconsciousness. The energy shot has already been sold to thousands of consumers through various mainstream convenience channels, including RaceTrac, Casey’s General Store, and Love’s truck stops.