Home America Should Republicans Focus on the Economy to Ensure Victory in 2018 Midterms?
SHARE 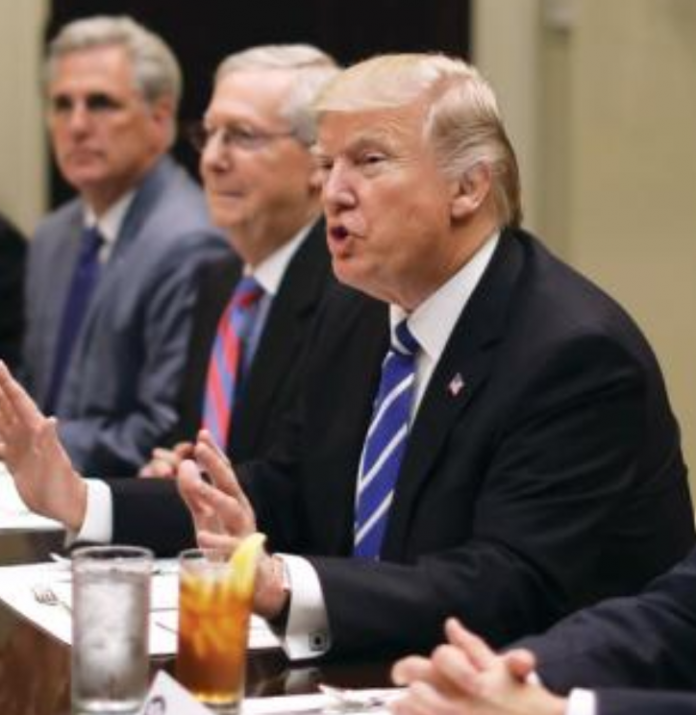 On Monday, an opinion writer for The Hill opined that the GOP ought to use economic strengths as a means to win in forthcoming midterm elections.

An Overview of Republicans and the Economy

Since the inception of former candidate Trump’s campaign for the Oval Office, one of his central focal points rested on the economy. From lowering taxes to increasing wages and bringing back jobs from overseas, the current President vowed to “Make America Great Again” by bettering the state of the economy.

Since President Trump’s time in office, jobs have increased, taxes have decreased, and workers have experienced wage bonuses. Many Democratic leaders have come under fire from conservatives for referring to the aforementioned bonuses as “crumbs.” However, according to The Hill, Republicans are still struggling to remind the average voters of the preceding economic gains.

The op-ed writer then goes on to state that scandals such as Stormy Daniels may be overshadowing the progress of the GOP and the Trump administration. Ultimately, The Hill affirms that in order to win midterms, Republicans must show voters that their party represents “the people.”

This furthermore means presenting viable solutions for issues such as healthcare, immigration, and infrastructure. The writer moreover warns the GOP against only directing their message towards registered Republicans. Conservative leaders are also encouraged to connect with Independents, as well as right-wingers.

Will Focusing on the Economy Help Republicans During Midterm Elections?

Despite the plethora of ceaseless speculations, midterm elections have not occurred; therefore, their results currently remain unknown. Both Republicans and Democrats each have their own notions regarding which steps to take for victory.

While the GOP aims to maintain their control in government, Democrats aspire to regain Congressional power. At the end of the day, American voters will decide the fate of the upcoming midterms.

Readers of The Hill chimed in with their thoughts regarding the op-ed writer’s aforementioned assertions:

“Republicans have lost respect from the majority of Americans. It will take years, if ever, to win back respect.”

“The Democrat Party’s message is too powerful to overcome: “Diversity is our strength. Whites are our weakness. Raise taxes. Ban guns””

“I love watching heads explode every time The Hill publishes an opinion piece that strays from progressive orthodoxy.”

This year’s midterm elections will take place on Tuesday, November 6, 2018.