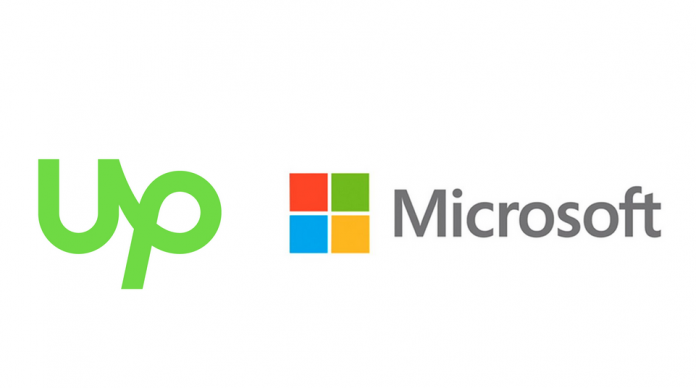 Recently Microsoft partnered with Upwork to provide enterprise freelancer solutions to its clients.   According to sources, this was the first step in a possible acquisition of Upwork by Microsoft.

If Microsoft were to acquire Upwork, it could offer Upwork as a tool for all LinkedIn members.   Imagine how big that would be if LinkedIn members were available for hire instantly on Upwork, supplementing their full time incomes with freelance work or perhaps going full-time freelancer.

In 2016 Microsoft acquired LinkedIn for 26.2 billion (if Upwork were to get acquired for 20 billion, an investment of $100k today would balloon to over $1M).  Microsoft disclosed LinkedIn’s revenue rose 37% annually for the second quarter in a row, and totaled $1.46 billion. For comparison, LinkedIn’s revenue grew 23% in its last full quarter before it was acquired in 2016.

LinkedIn reported record job-posting activity by business clients, as was a 41% increase in user sessions; that’s better than a March quarter level of “over 30%.”  LinkedIn now has over 575 million registered members, up from 467 million in September 2016.  While not all of these members are active users, the professional user data that collectively provided by their profiles has tremendous value for both LinkedIn’s business as well as other parts of Microsoft’s empire.

From a business standpoint, Upwork and LinkedIn is a 1 + 1 = 10.   LinkedIn is predicated on an old school model of hiring full-time employees.   The market has seen a major shift to freelancers, or contractors if you will.

Accordingly to Upwork, “labor is undergoing a revolution.”

In today’s economy, knowledge is a key driver of productivity, and by using Upwork you can access people that acquire specific knowledge to grow your business.  Whether you’re searching for a developer for a blockchain project or a graphic designer to build your company logo, Upwork enables you to access talent across the world, safely, and on demand.

LinkedIn’s model is built on the 3rd industrial revolution, where you post jobs and then relocate workers to corporate HQ.  Indeed, there was a time when working in the office together was critical to a teams success.   This of course was before smart phones that enabled FaceTime, screen share software such as Snagit, major advances in CRM techology, and of course prevalent wireless high speed interenet.

With the acceleration of technology, the 4th industrial revolution enables people to work from wherever they choose to, often whenever as well.   Upwork is a monopoly in the freelance market, having created tools that enable you to rapidly identify talent.

In fact, the average time to hire someone using a tool like LinkedIn is 30 days, whereas the average time to hire someone on Upwork is less than 1 day.   Why’s that?   Upwork allows you to granularly target freelancers by their specific skill sets and instead of going through arduous (and often times inaccurate) reference checks.   By reading real reviews from previous clients, company’s can get a highly accurate view of the freelancers skill level.

While traditional hiring for full-time employment is unlikely to go away, the rise of hiring freelancer talent is here to stay.

Both Upwork and Microsoft declined to comment on this story.

Disclaimer: As a company that uses Upwork on a daily basis, many of us freelancers have made an investment in UPWK.   We believe in the platform fully.