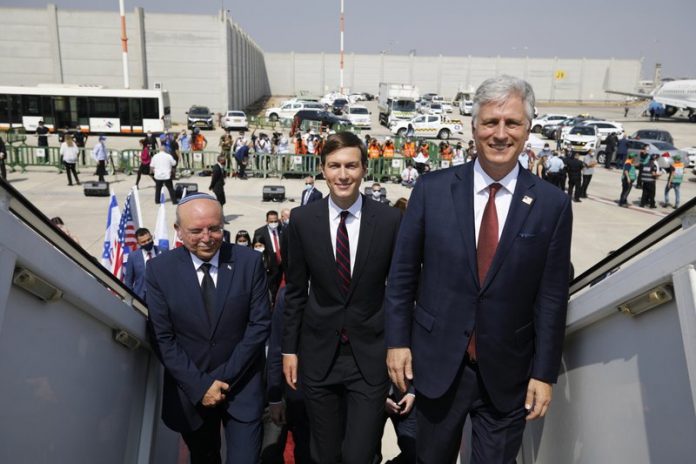 “The Middle East is filled with brillant, industrious, tolerant and innovative people and the future belongs to them,” said Kushner during a press conference.

The flight comes in the wake of an earlier August peace agreement between the UAE and Israel, making the UAE the first Arab nation in the Gulf to have full diplomatic ties to the nation of Israel and one of three Arab nations worldwide to have current normalized relations with Israel.

“[I am] hopeful this will be the first step in creating momentum,” said U.S. National Security Advisor Robert O’Brien.

The flight was also the first time that Saudi Arabia has allowed an Israeli commercial aircraft to use its airspace. Kushner called the Saudi Arabian government “gracious” to allow the flight to fly in their sky.

The new relationship between Israel and the UAE can potentially change the geopolitical climate in the Middle East by creating new tourism, technology and agricultural opportunities for the two countries.

Kushner said that those who are opposed to the peace agreements between Israel and UAE “have a long track record of failure and trapping their own people in misery and poverty”. Kushner praised his father-in-law, President Donald Trump, for actively pursuing peace in the region.

“…believing that peace for peace will bring about a big turnaround, and that the Arab people would be able to accept the State of Israel,” said Netanyahu.