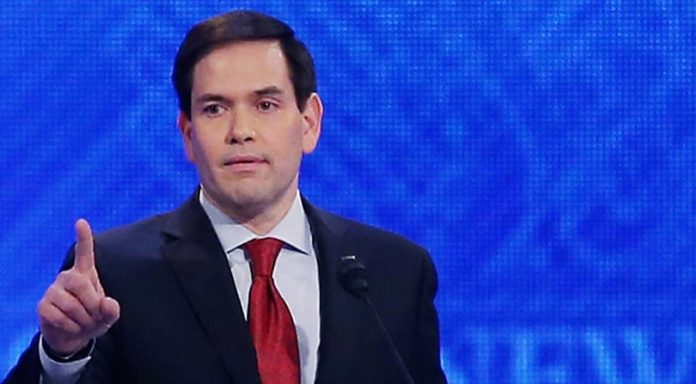 An insider that was in contact with the Trump family prior to the First Family’s departure said that the former president’s son-in-law and senior adviser, Jared Kushner was ‘working single-mindedly to protect and promote his wife’s political career.’

Ivanka and her real-estate developer husband, Kushner purchased a more than $30 million dollar plot of land in Miami along the high-security area of Indian Creek. Reports indicated that the family will move in after construction on a mansion is complete.

This move has led to rumors swirling that Ivanka will launch a campaign to run for public office.

These rumors gained steam. During an interview with Christopher Wallace on Sunday, Sen. Marco Rubio, (R-FL) was questioned about his thoughts on the prospect of running against Ivanka for the upcoming Republican Primary.

“I don’t own the Senate seat,” Rubio said of a potential face-off with Trump’s eldest daughter. “It doesn’t belong to me. If you’re going to run for the Florida Senate, you’re going to have a tough race, including a primary.”

Rubio also stated, “If I want to be back in the U.S Senate, I have to earn that every six years.”

During the interview with Sen. Marco Rubio (R-FL),  Chris Wallace pushed for Sen. Rubio’s thoughts on the impeachment trial.

The Florida Senator replied, “I think the trial is stupid. I think it’s counterproductive. We already have a flaming fire in this country and it’s like taking a bunch of gasoline and pouring it on top of the fire.”

“I think this is going to be really bad for the country,” he continued. “It’s going to take us — not just–  it is going to keep us from focusing on really important things, but it’s also just going to stir it up even more and make it even harder to get things done moving forward.”

Also during his interview Sunday, Rubio weighed in on the impending Senate impeachment trial against Donald Trump, claiming it could turn the president into a ‘martyr’ for his supporters. This sympathy could potentially give Ivanka an edge.