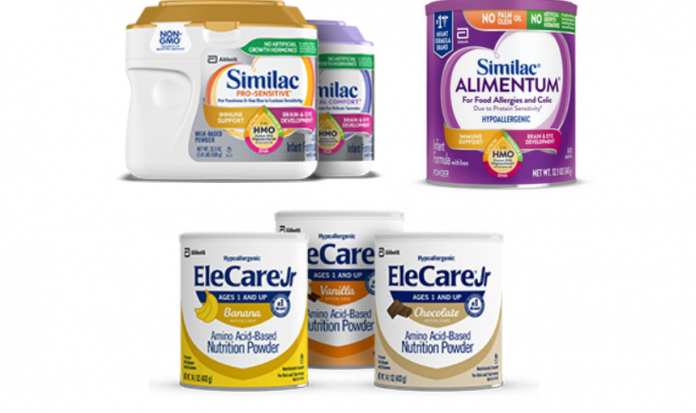 Abbott (NYSE: ABT) reached an agreement with the U.S. Food and Drug Administration (FDA) to resume production of infant formula products at its manufacturing facility in Sturgis, Michigan.

In February, Abbott Nutrition voluntarily recalled some of its baby formula products including Similac, Alimentum, and Elecare. The company also stopped its production at the Sturgis plant. Its decision was prompted by concerns that its powdered baby formula products produced at the plant were contaminated with Cronobacter sakazakii or Salmonella Newport, a germ that can cause a dangerous blood infection (sepsis) or swelling of the linings surrounding the brain and spinal cord (meningitis).

The FDA and the Centers for Disease and Control Prevention (CDC) investigated four consumer complaints related to Cronobacter sakazakii in infants who consumed powdered infant formula manufactured at the company Sturgis facility.

The recall and closure of its Michigan manufacturing facility resulted in a supply shortage of infant formula products. Restarting its production at the facility could help ease the supply shortage across the United States.