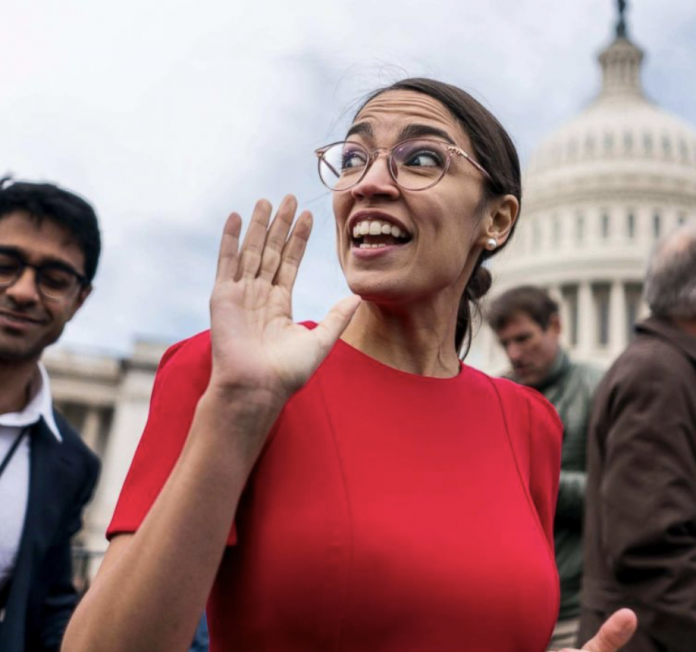 One of the best ways to avoid prison is to simply not commit crimes. More often than not, individuals who find themselves in prison are in this predicament because they committed a crime. Of course, there are miscarriages of justice which are gravely unfortunate; however, most Americans would agree that abolishing prisons in this country is not a good idea.

In the latest turn of events, House Rep. Alexandria Ocasio-Cortez does not fall into the aforementioned category. Yesterday, the congresswoman published a series of tweets which promote the idea of looking into “prison abolition.”

Calling for the abolition of prisons in America is not entirely shocking. It’s important to remember context here; Democrats have already come out in favor of abolishing Immigration and Customs Enforcement (ICE) and the Department of Homeland Security (DHS). There’s no coincidence that both ICE and DHS deal with law enforcement and securing the safety of America.

Prisons in this country help contain individuals who have proven themselves to be dangerous and unfit to exist in civil society. However, Ocasio-Cortez has a very different outlook on prisons. The congresswoman maintains that no human being should be in a cage; furthermore, she claimed that America incarcerates too many individuals.

Her series of tweets first started with anecedotal evidence of a woman who spent time behind bars:

Yesterday morning I spoke with a woman who was thrown in Rikers as a teenager. Put in solitary confinement for MONTHS, aka torture. Force-fed pills.

The conditions were so bad, she too had drank out of toilets.

The congresswoman then proceeded to censure Republicans and claim that the notion of “prison abolition” is “breaking brains.”

I know the term “prison abolition” is breaking some people’s brains. The right is already freaking out.

Yet the US incarcerates more than anywhere in the world.

We have more than enough room to close many of our prisons and explore just alternatives to incarceration.

Ocasio-Cortez also cited bail as a reason why prisons should face abolition. According to the congresswoman, some Americans are jailed simply for being poor. In actuality, some Americans can afford to pay bail money while others cannot.

Nevertheless, her statements read as follows:

First of all, many people in jailed or in prison don’t belong there at all.

Whether it’s punitive sentencing for marijuana possession or jailing people for their poverty & letting the rich free through systems like cash bail, we wrongly incarcerate far, far too many people.

Secondly, our prison & jail system is so large bc we use them as de facto mental hospitals, homeless shelters, & detox centers instead of *actually* investing in… mental health, housing, edu, & rehab.

If we invested meaningfully, what do you think would happen to crime?

AOC then concluded her remarks by suggesting that the existence of violent individuals does not diminish her case for abolishing prisons in America.

Lastly, people tend to say “what do you do with all the violent people?” as a defense for incarcerating millions.

Our lawmaking process means we come to solutions together, &either way we should work to an end where our prison system is dramatically smaller than it is today.

Will the United States Abolish Prisons?

At this point, the likelihood of America abolishing prisons is virtually zero.

Already, Ocasio-Cortez is facing censure for the tweets seen above. The notion of completely abolishing prisons in America is viewed as radical by many individuals in this country.