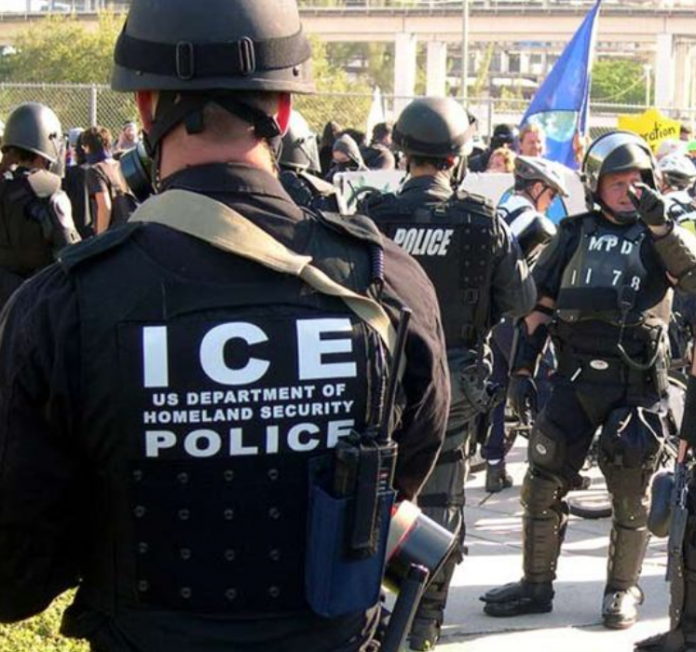 A new report from The Hill documents multiple arrests carried out by Immigration and Customs Enforcement (ICE) in San Diego, California.

An Overview of the ICE Arrests

Over the past week, ICE has arrested 115 illegal immigrants who also have prior legal offenses. Those offenses include past convictions, multiple deportations, and foregoing arrests. 43% of the illegal immigrants taken into custody maintained criminal convictions. The Hill furthermore states that many of the arrested illegal immigrants came from Mexico, while others unlawfully emigrated from Peru, Guatemala, Kazakhstan, Honduras, and the Czech Republic.

“Operations like this reflect the vital work ERO officers do every day to protect the nation, uphold public safety and protect the integrity of our immigration laws and border controls. We will continue to conduct similar operations while seeking to ultimately deport at-large criminal targets and other immigration fugitives who pose a threat to public safety.”

The general consensus of ICE and illegal immigrants greatly varies depending on who is asked. Some people view ICE as inhumane and unneeded, while other view the officers as enforcers of law and order. Like many other policy issues, right-wingers and left-wingers have serious disagreements regarding the existence of illegal immigrants in the United States.

While liberals express concerns over the aftermath of arresting illegal immigrants, conservatives harbor different outlooks. Many right-leaning Americans view the arrest of illegal immigrants as reasonable and warranted. Conservatives moreover affirm that entering the United States illegally is a crime and ought to be treated as such. Many progressives and liberals have pushed back against the preceding viewpoints.

What Does America Think of the ICE Arrests

ICE and illegal immigration are inherently polarizing subject matters in America. Virtually everyone has an opinion, one way or the other. Rarely do people hesitate to express their thoughts, especially in current times.

Readers of The Hill took to the comments section to share their feedback on ICE and the arrests of illegal immigrants:

“Bravo, if ice can deport 5 [million] illegals in California, Trump will easily win popular votes in 2020[.]“