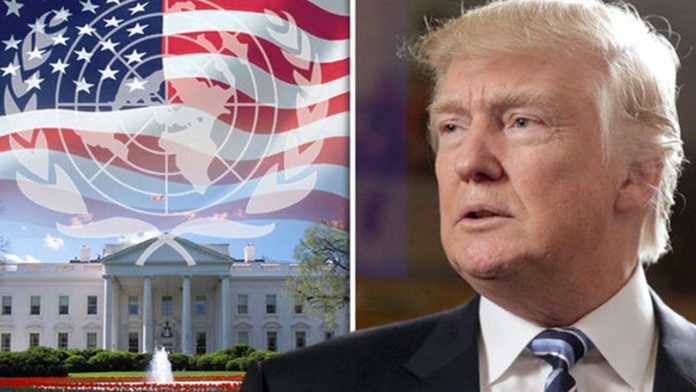 President Trump will address the United Nation’s General Assembly for the first time this week. The President gave opening remarks to the body today during a special session on reform. Trump will speak on pressing issues this week including North Korea, the Iran deal, and climate change.

As he did with NATO, Trump raised the issue of how much countries contribute to the U.N., alluding the U.S. pays too much. “We must ensure that no one, and no member state, shoulders a disproportionate share of the burden, and that’s militarily or financially.”

At the forefront of agenda will be North Korea’s threat, Iran and climate change.

The U.N. placed new sanctions on N. Korea after the budding nuclear power fired a missile over Japan last week. Pyongyang responded by calling them “the most vicious, unethical and inhumane act of hostility.” The U.S. and China have both pledged to strictly enforce the sanctions. This week may reveal what further action the U.N. will take towards the North.

President Trump has been a vocal critic of the Iran deal signed by the Obama Administration. Trump has called it “one of the worst deals I’ve ever seen.” American allies are uncertain over the administration’s commitment to the deal and are worried Trump may pull out, as he did the Paris climate agreement.

The Trump administration announced last June that it will be withdrawing the U.S. from the Paris climate agreement. Surprisingly, rumors swirled this weekend that Trump may keep the U.S. in the deal. Secretary of State Rex Tillerson said on Sunday that the U.S. may stay if “we can construct a set of terms that we believe is fair.”