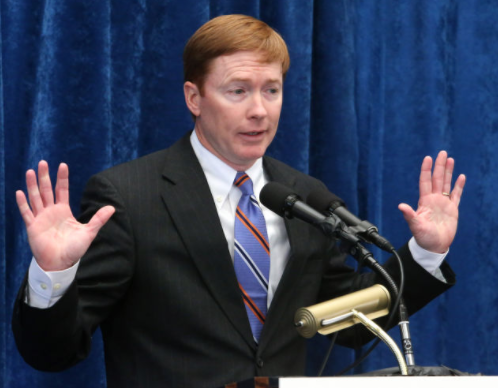 Republican Adam Putnam has made his desire to serve as Governor of Florida quite plain. However, many of his supporters might be unaware of his 2007 vote against prohibiting job discrimination based on sexual orientation. What makes Putnam fit to govern over an entire state when he has no problem with employers discriminating against a person based on his or her sexual preference? Job discrimination has no place in America and anyone who craves a position of governmental power should have the best interests of the people at heart. Putnam’s vote against the prohibition of job discrimination based on sexual orientation speaks volumes to his character and values. If the people of Florida are wise, they will think thrice before voting him into office.

Whether someone is heterosexual or homosexual is absolutely irrelevant when it comes to satisfactory job performance. When seeking workers, employers should look at qualifications, work history, skills, and the like. Just as someone’s sexual orientation should not provide them with an advantage, it should not count as a strike against them either. Any person who truly aspires to value themselves, contribute to society, and make something of themselves should have the opportunity to do so. Adam Putnam’s vote for job discrimination is disgusting and deserves to be strongly censured.

Before Putnam voted against the prohibition of job discrimination, perhaps he should have done some research on the plethora of negative offshoots of what he was supporting. Not only does such malpractice tarnish the business’ name and reputation, but it also has a negative impact on the people who are already hired. Employees who observe job discrimination are more likely to leave the company. People like to work in atmospheres that are positive and full of good energy. This is not feasible when word spreads that someone was rejected for a position simply because their sexual orientation. Only an idiot would turn away a valuable prospect simply because of what gender he or she happens to be attracted to.

Whether Adam Putnam realizes it or not, Republicans like him give the entire party a bad name and grant leeway for Democrats to paint the all Republicans as racist, homophobic, and bigoted. A vote against the prohibition of job discrimination is a vote for it. The ability to find a job, or lack thereof, can have a very tremendous impact on a person’s life. It affects their financial standing and often times it affects their emotional and psychological standing. Here in America, people are deserving of what they work for. If someone is actively seeking employment, they are taking the necessary initiatives to better themselves. This course of action should be encouraged, not discouraged.

Many people could argue that someone who votes against the prohibition of job discrimination has no room to hold public office. They would be correct. A leader should be fair and have the best interests of his or her people at heart. By voting against job discrimination based on sexual orientation, Adam Putnam has demonstrated his disregard for persons who classify as something other than heterosexual. This is a individual who is absolutely and utterly unfit to lead.