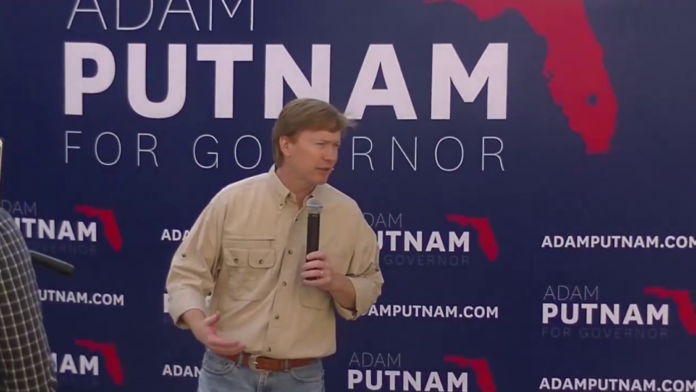 For a man who wants to govern the people of Florida, Adam Putnam has very alarming skeletons in his closet. Based on reports from Lehigh Acres Citizen, Putnam flagrantly ignored the citizens and systems of Florida. 17 years ago, when Florida impounded citrus trees from the private property of citizens, the court ruled in the favor of the people, declaring that they should be granted monetary compensation to help ease their burdens. Judges and juries alike have ordered for the people to be paid back, yet Putnam has failed to do so.

Putnam knowingly and remorselessly colluded with Gov. Scott to halt the payments that are owed to the citizens who had property seized from them. Such a breach of law is disgusting and should automatically disqualify Putnam from seeking public office. How can he claim to be for the people and then blatantly refuse to compensate citizens who were subjected to inexcusable intrusions from the government?

According to the Naples News, Article X, Section 6(a) of the Florida Constitution mandates that property owners are to be granted complete monetary compensation when the state seizes ones private property to use for a public cause. Apparently, this decree is utterly meaningless to Putnam. After all, he has held public office for years, so why should he have to follow the rules and laws designed for “ordinary people?”