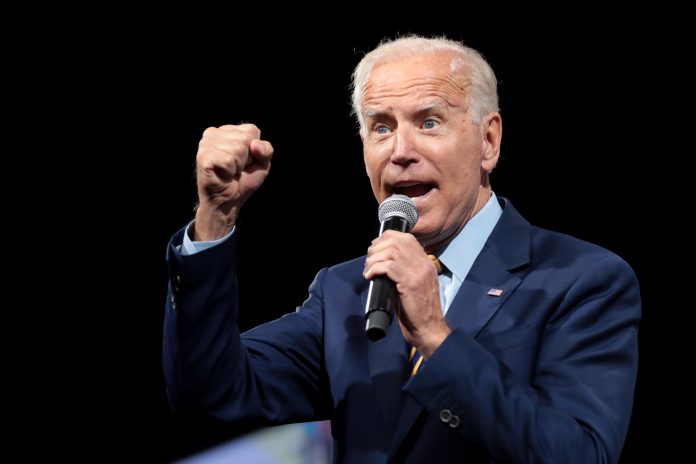 President Biden has faced intense and justified levels of criticism since his given method of withdrawing troops from Afghanistan. This crisis comes on top of the mess Biden’s made of the southern border, inflation, U.S. energy independence, and more.

Recent polling shows that Biden’s approval rating has dropped down to 39%. Meanwhile, Biden’s promise to “defeat” COVID has fallen short. Despite the fact that more Americans than not are vaccinated, there are still reports of new cases and new variants.

Yesterday, the 46th president moved to take the nation’s attention off the fact that Americans remain trapped in Afghanistan; he attempted to distract Americans from inflation, the crisis at the southern border, etc.

Biden did this by announcing his plan to implement a nationwide COVID vaccine mandate.

On Thursday, Biden stated that businesses employing more than 100 staffers need to either implement COVID vaccine mandates or weekly testing procedures. Biden plans to use the Department of Labor to enforce this measure by directing this body to create an emergency rule.

The president didn’t just announce this new mandate that is facing wide condemnation as illegal and unconstitutional. Biden also made it a point to attack Americans who are without the COVID vaccine. Per the president, he “understands” why vaccinated Americans are frustrated with their unvaccinated counterparts.

Biden likewise declared that patience with the unvaccinated is thinning out; this came before the president moved to insulting and threatening Republican governors. Biden expressly stated that if Republican governors don’t do what he wants them to do, he’ll use his presidential power to get GOP governors out of the way.

Across the country, Republicans have vowed to fight back against this COVID vaccine mandate Biden’s seeking to impose upon private businesses nationwide. The Republican National Committee, for instance, announced their decision to sue Biden after his mandate goes into practice.

Other conservative leaders, pundits, and commentators maintain that Biden’s mandate oversteps his constitutional bounds. Furthermore, these sources argue that the aforementioned COVID vaccine mandate would boil down to states’ rights.