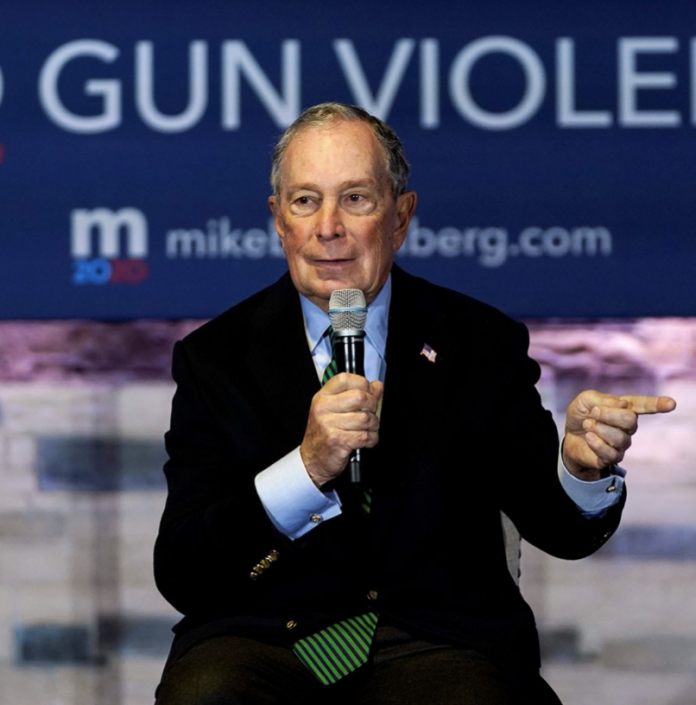 To say that Mike Bloomberg is running an untraditional campaign for president of the United States is a massive understatement. There are several unusual aspects of Bloomberg’s candidacy; these aspects include, but are not limited to, Bloomberg’s timing of entry into the race, his absence from all primary debates, and his manner of funding.

The former New York City mayor’s choice to self-fund his campaign has faced immense backlash, from both the left and the right. As a billionaire businessman, Bloomberg possesses the capital to spent hundreds of millions of dollars on campaign ads. In doing so, the former mayor has substantially risen in the polls, thus engendering claims that he’s attempting to purchase his way into the Democrat nomination.

At a Tennesse-based Bloomberg campaign event, a protester called out the 2020 Democrat for “plutocracy” and “buying this election.”

What to Know About the Anti-Bloomberg Protester

Unlike other candidates, Bloomberg declined to focus on winning in Iowa and New Hampshire over the past few weeks. While various contenders such as Tulsi Gabbard, Pete Buttigieg, and others are focusing on South Carolina, Bloomberg’s energies are going towards Southern states. To be precise, the billionaire businessman is campaigning in the states set to participate in next month’s Super Tuesday.

In Chattanooga, a female attendee of Bloomberg’s event stood up and openly professed  the following:

“Bloomberg is a billionaire buying this election.”

Democrats in disarray: protester seizes mic at Bloomberg event, this “is not democracy”https://t.co/J2FGENxceZ pic.twitter.com/hZ6EVUbyK6

The woman didn’t stop there, though. She then maneuvered her way onto the podium and continued. Before other attendees escorted the female protester away, she stated that Bloomberg’s actions are in keeping with “plutocracy,” rather than democracy.

Shortly thereafter, the 2020 Democrat’s team also cut the woman’s microphone, thus preventing her from further communicating with the audience.

Yesterday’s incident in Tennessee comes on the heels of already-existing controversy regarding Mike Bloomberg. On Tuesday, #BloombergIsRacist trended on Twitter after the 2020 candidate’s prior remarks on stop-and-frisk resurfaced.

Bloomberg is heard defending the practice, professing that “all the crime” occurs in minority communities, and stating that police officers don’t stop minorities often enough. Interestingly enough, these comments have resurfaced at a time while Bloomberg attempts to secure the black vote.