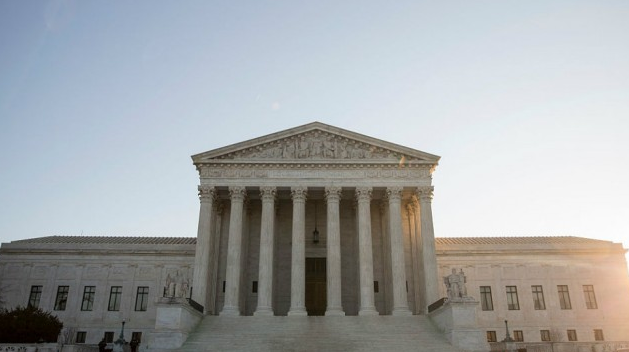 According to reports from The Hill, the time has now come for the Supreme Court to make a decision, once and for all, in regards to President Trump’s travel ban. The 45th President’s ban will temporarily halt travel from countries with strong links to terrorism (Yemen, Syria, Sudan, Iran, Somalia, and Libya) until U.S. officials are able to implement effective measures of vetting those who enter this country. The President’s critics ignorantly opposed the travel ban under the misguided belief of it serving as an affront against Muslims; in reality, the travel ban is merely a course of action which will shield this nation from potential terrorist attacks. As the leader of America, the President has a duty to protect our people from all threats, both foreign and domestic.

Remarks from Heritage Foundation’s senior legal fellow, Hans von Spakovsky, affirmed that a decision will most likely be made very soon. “I don’t think they will put it off until next term. It’s too big of a case and too important,” he said. In the event of the travel ban case being turned over to the courts, many believe a special hearing will be held towards the end of June or in July.  In many regards, Spakovsky is correct; the controversy surrounding the travel ban has been a pressing issue from the moment of its inception. Detractors believe the ban breaches Constitutional laws while reasonable Americans understand the wisdom of restricting travel from nations with infamous ties to terrorism. After all, there is a fine line between tolerance and suicide.

Not long ago, professor from University of Richmond School of Law, Carl Tobias raised the possibility of the travel ban’s approval. However, this would come with a catch; theoretically, the court could allow for the ban to proceed and simply review its case during the next term. According to The Hill, this decision would call for votes from five justices. If the court were to grant a stay, the decision would imply the existence of the ban’s strong support; such support could possibly engender the triumph of the travel ban. Of course, only time will tell. A concrete decision has yet to be made.

On Tuesday, the Supreme Court instated a new briefing schedule which requires for all parties involved in the travel ban case to file their legal briefs no later than June 21, 2017. On June 22, the justices will decide whether or not they wish to hear the case. In light of these new occurrences, the President has taken the liberty of modifying the travel ban as a means of preservation. 72 hours after the lower court’s blocking orders are rescinded, federal agencies are under direct orders to instate the 90 day travel ban on people arriving from Yemen, Syria, Sudan, Iran, Somalia, and Libya.

Many Americans are hoping for the Supreme Court to arrive at the correct decision and permanently lift the halt on the travel ban. Innocent lives are at stake and a greater percentage of people arriving from countries linked to terrorism do not have the best intentions. The ban does not target any particular group; it is a temporary measure that will remain in place until American officials are able to properly vet the people who are coming into America.