The  FTC and its federal and state law enforcement partners carry out 50 enforcement actions across the United States.

According to the Commission, two South Carolina companies are facing lawsuits for engaging in abusive debt collection practices. The two new cases were the result of the Operation Corrupt collector crackdown.

The FTC filed lawsuits against National Landmark Logistics and Absolute Financial Services in the U.S. District Court for the District of South Carolina. The Commission alleged that both companies attempted to collect debts when they had no legal right to do so nor did consumers actually owed anything from the debt collectors. 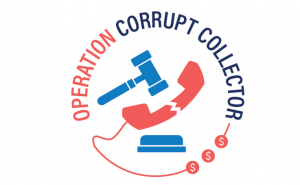 In the complaint, the  FTC alleged National Landmark Logistics illegally collected over $12 million from consumers by using robocalls.

Consumers who called back were led to believe they were speaking with a mediating law firm, which again threatened legal actions.

In each case, the pseudo law firm used stolen personal information to convince consumers they were speaking with a legitimate party.

According to the Commission, Absolute Financial Services obtained the stolen consumer information from the other defendant, National Landmark Logistics.

The court issued orders halting all the operations and freezing the assets of the two abusive South Carolina debt collectors.

“For many years, we’ve been working with our law enforcement partners to crack down on illegal and abusive debt collectors,” said FTC Consumer Protection Bureau Director Andrew Smith, in a statement.

Smith added, “At a time when many are under financial stress, our coordinated actions today show that we’re continuing the fight against collectors who threaten people and try to collect debts they don’t owe.”