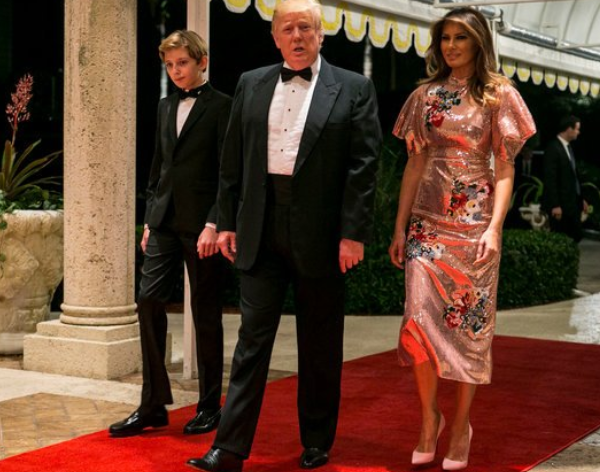 On Sunday, President Trump affirmed that 2018 will prove to be a “fantastic year,” as reported by The Hill.

The 45th President delivered the following remarks to reporters on New Year’s Eve at his Mar-a-Lago estate:

However, President Trump did not provide detailed commentary when asked about North Korea. Dictator Kim Jong Un recently announced his country’s ownership of weapons that can strike U.S. territory. When asked about the matter, the Commander-in-Chief stated “we’ll see.”

Americans on President Trump and 2018

President Trump and Republicans concluded 2017 with the successful enactment of the Tax Cuts and Jobs Act. With the approval of the tax bill came the repeal of Obamacare’s highly controversial individual mandate. To the chagrin of many liberals, Americans will no longer be forced to either purchase health care they don’t want/need or pay a fine. While Democrats have alleged that this new reform harms needier Americans, Republicans affirm that families are actually aided when they are not forced against their will to make purchases.

As President Trump noted on New Year’s Eve, jobs, company growth, and the stock market have surged. This increase is projected to continue into 2018. Moreover, President Trump has previously discussed tackling infrastructure in 2018 along with other reform measures. Speaker of the House Paul Ryan and other Republicans have also expressed interest in welfare reform.

Another central 2018 political matter comes in the form of midterm elections. Many Democrats believe their leaders will be able to regain control of Congress. Days ago, Bernie Sanders stated that Republicans ought to be concerned about midterm elections this year. However, President Trump and other conservatives remain optimistic about what’s to come.