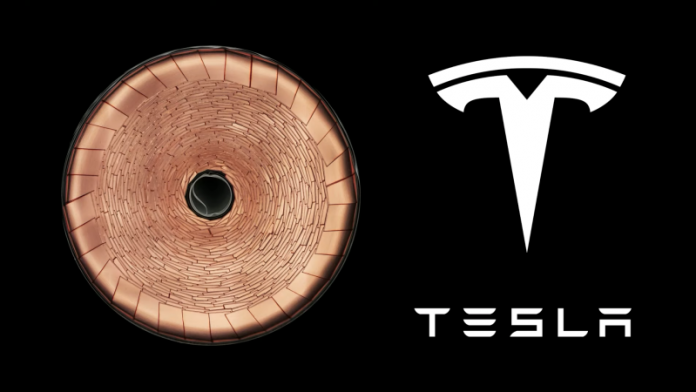 Tesla obtained innovative battery technology patents. And the deal included the purchase of a small Canadian-based company, Springpower, International who had the patents pending.

Tesla CEO Elon Musk is on a mission. And it began even before Tesla’s Battery Day last September. Musk vowed to slash EV battery prices. And promised to reinvent the development and process of battery production. And bring it all in-house to Tesla.

Battery Day focused on the problems of batteries used to power electric cars.

“It’s insanely complicated, like digging a ditch, filling it in, and digging the ditch again,” Musk explained at the event. “So we looked at the entire value chain and said how can we make this as simple as possible?”

The manufacture of cathodes for EV batteries has a downside. It causes contamination in 4,000 gallons of water which contain toxic chemicals, ammonia, and metal for each ton of cathode produced.

Drew Baglino, Tesla’s senior vice-president of engineering said that Tesla was trying to develop a method that reuses water and produces no discharge waste.

Tesla was trying to cut operational costs by more than 75%. At the same time, they want to clean up the process that harms the environment. Another challenge in battery design is increasing energy density and maximizing the life-span of the battery.

“We can also use that same process to directly consume the metal powder coming out of the recycled electric vehicle. And grid storage batteries,” Baglino reassures the Battery Day audience.

Musk said 8 months ago that the benefits of Tesla’s new battery technologies will enable a price tag of  $25,000 per vehicle. But he says not to expect too much, too fast. “It will take us probably a year to 18 months to start realizing these advantages, and three years or thereabouts to fully realize them.”

It turns out that Elon Musk and Dan Baglino knew what they were talking about. Weeks before the event Tesla purchased a number of Springpower, Intl. battery technology patents applications. Public records show they only paid $3 for the patents.

With the purchase of the patent applications when the patents were granted in January 2021, they were issued directly to Tesla.

One of those applications describes in detail a process very similar to one that Drew Baglino was describing on stage. The patented process calls for a more environmentally friendly battery production method. That starts with recirculating all the chemical solutions. This removes the need for an expensive water treatment clean-up process.

Springpower International is just one more piece to a puzzle that Musk and Tesla have been working on, for a while now.

Tesla was buying more than just Springpower’s intellectual property. There is some evidence that some of the very smart researchers and engineers at Springpower are now working at Tesla.

Musk is quietly putting together a “braintrust” of brilliant minds, innovative contracts, and breakthrough companies. So far Tesla has obtained about ten companies including a 2019 purchase of Hibar, another Canadian battery company. They have also been negotiating with Indonesia and Canada about the need for earth-friendly less restrictive nickel mining.

The electric carmaker is also ramping up its own battery manufacturing efforts. And there are many patents supporting that effort.  In January Tesla renewed its five-year contract with Jeff Dahn, a Dalhousie University physicist. His work as a global research leader in lithium-ion batteries is world-renowned.

Musk is getting close to getting a $25,000 Tesla on the market. Last month he announced that production was starting at his Chinese plant of the design that would be sold at the reduced price point.

But it all depends on the battery issues. And Tesla has all-hands-on-deck to find solutions.