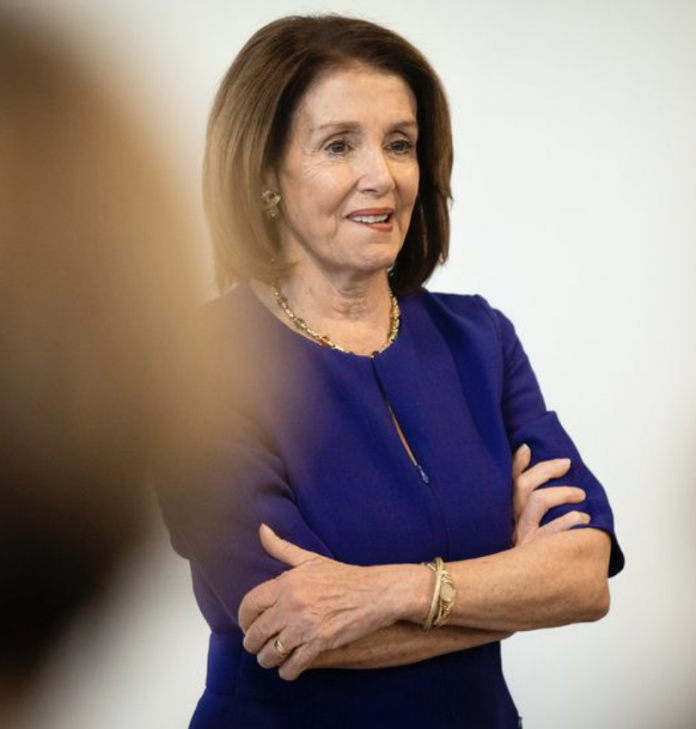 In September, House Speaker Nancy Pelosi announced the launch of an impeachment inquiry into President Trump. Since then, multiple individuals have appeared before Congress and testified.

Pelosi and the Democrats are using President Trump’s July phone call with Ukraine leader Zelensky as the basis of their inquiry; moreover, they’re also considering claims from a whistleblower who accused the president of a quid-pro-quo with Zelensky.

Both Trump and Zelensky have denied the occurrence of any quid-pro-quo. What’s more is that the whistleblower was not privy to the phone call between the two world leaders.

At this point in the impeachment proceedings, both President Trump and other conservatives have doubts that Pelosi will truly see impeachment all the way through.

During a recent interview with Fox & Friends, President Trump declared that Pelosi and the Democrats “have absolutely nothing.” Therefore, the president explained he doesn’t truly expect the Democrats to go through with it.

The partisan-driven impeachment inquiry has also yielded some outcomes which Democrats may not have expected. Since last month, support for President Trump’s impeachment has declined. 49% of Independents are now against impeachment, while overall support amongst registered voters is at 43% with 45% against it.

Another important factor in this impeachment inquiry is the Senate. Many Americans have noted that while the House may be able to get the votes for impeachment, the Senate will no doubt acquit Trump.

In the wake of these claims, Pelosi and other Democrats maintain that Senate Republicans ought to place “country over party” regarding impeachment. However, GOP Senate members and other conservatives view the impeachment inquiry as the epitome of a “party over country” attitude.

Prior to launching the inquiry, Pelosi acknowledged the inherently divisive nature of impeachment.

Where is Pelosi in All This?

At this time, the House Speaker hasn’t publicly indicated any plans to halt the impeachment proceedings. She has, however, taken various shots at the president. In an interview earlier this month, Pelosi stated that Trump is an “imposter” and “in over his head” in the White House.

Last week, Trump hit back at Pelosi. The president censured the House Speaker as “crazy as a bedbug”. Then, Trump declared that Pelosi is getting nothing done in office.

Only time will tell whether or not Pelosi and the Democrats see impeachment all the way through.