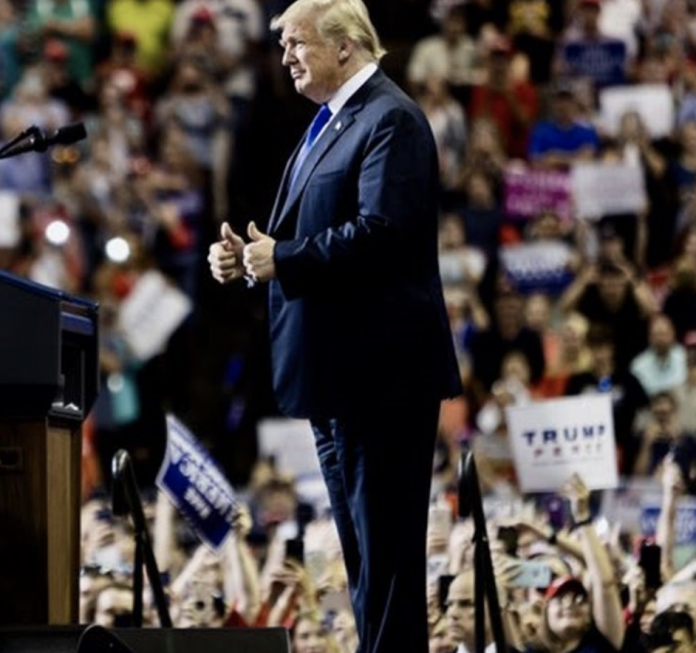 President Donald Trump started off the week by going after Democrats and their lax stance as it pertains to illegal immigration into the United States of America.

Reviewing Criticism of the Democrats

The president slammed his political adversaries during his meeting with law enforcement officials at the White House. Trump also expressed the importance of building a physical barrier along the Southern border in order to deter illegal immigration.

“These are people who kidnap people. The Democrats want them to come into our society. I don’t think so. We need a wall; all of the other things are nice to have but without a wall, it’s not going to work. We can have technology. We can have beautiful drones flying all over the place. But it doesn’t work without the wall.”

President Trump delivered the foregoing remarks before heading to El Paso, Texas for a rally with his supporters. The Trump rally will be met with a counter-rally headed by Democrat and former House Rep. Beto O’Rourke.

The president furthermore criticized the Democrat Party during a tweet earlier this morning:

The Democrats do not want us to detain, or send back, criminal aliens! This is a brand new demand. Crazy!

The Possibility of Another Government Shutdown

President Trump’s remarks regarding Democrats and illegal immigration come during a pivotal time in the nation. As of now, Congress has until Friday to pass legislation to keep the government open and fully functional. Similarly to before the most recent government shutdown, Democrats and President Trump are at an impasse.

The president maintains that $5.7 billion dollars for his border wall is a requirement in order for him to sign legislation. However, House Speaker Nancy Pelosi has already stated that no prospective bills will contain the aforementioned capital for the border wall. Earlier today, when asked about the possibility of another government shutdown, President Trump stated that it’s “up to the Democrats.”

During last week’s State of the Union address, the president once again affirmed his determination to build his promised border wall.