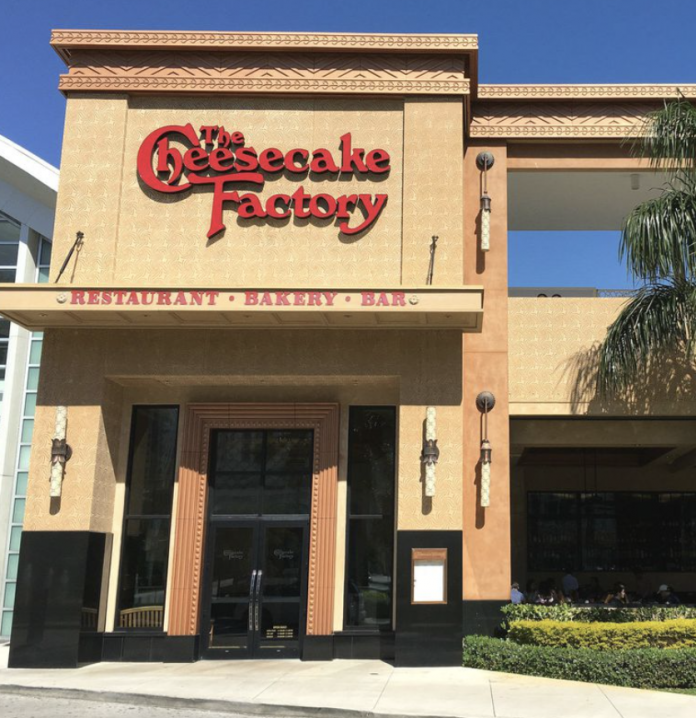 The real-world consequences of mass shutdowns continue to materialize across the nation.

Many backers of these shutdowns argue that closing down every single “non-essential” business will ultimately stop the spread of COVID-19. Others believe that there are appropriate ways of combatting coronavirus without tanking our nation’s economy and destroying millions of jobs.

Cheesecake Factory’s inability to cover rent for any of their storefronts ultimately comes down to revenue loss engendered by coronavirus. Mass shutdowns also play a role in this, seeing as so-called “non-essential” workers who aren’t able to go into their jobs are less likely to frequent restaurants. Therefore, Cheesecake Factory is now seeking to boost its liquidity via use of a $90 million dollar credit line.

The attempt to heighten liquidity is not Cheesecake Factory’s only effort to preserve itself in the wake of an extreme economic hit. The popular restaurant chain is moreover stopping the development of new storefronts. Cheesecake Factory’s stock has also experienced significant declines; meanwhile, several of their restaurants remain presently closed in the wake of COVID-19.

A Ripple Effect of Harm to American Workers

As calls to shut everything down continue to persist, countless American workers are hurting. Cheesecake Factory isn’t the only restaurant to shut some of their doors in the wake of not only COVID-19, but also support for closing “non-essential” businesses.

All across the nation, American workers are feeling the harm of mass shutdowns. Job layoffs, furloughs, and even complete loss of employment continue to mount. As coronavirus maintains, there are estimations that the labor market may lose millions of jobs during this month and in April.

Massive job loss in short time periods equals bad news for the economy. However, it equals even worse news for Americans who depend upon chains like Cheesecake Factory to feed their families. This is why opposition towards the “shut it all down” calls remains present.