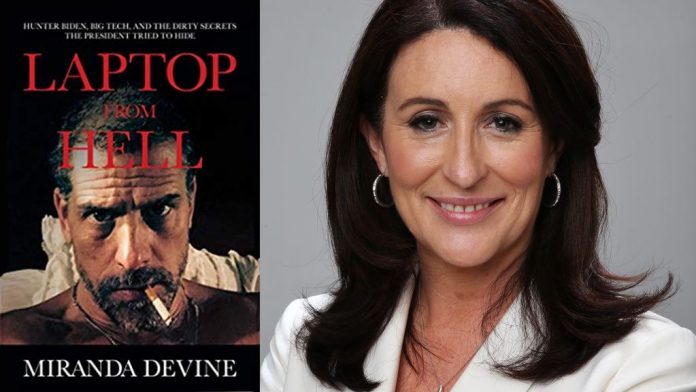 Hunter Biden’s laptop held clear evidence of political corruption. It contained a trail of emails proving a multi-million-dollar influence-peddling scheme. Miranda Devine of the New York Post broke the story in the summer of 2020. And due to a coordinated censorship campaign, it was buried until 2022.

It was a shocking story. And it should have been the “October Surprise” in the election.  But instead of reporting the story journalists were constantly repeating Democrats talking points.

It wasn’t until last week the New York Times finally reported that there was an ongoing investigation of Hunter Biden’s laptop. And that the emails were real and potential evidence of wrongdoing by the Biden family.

As recently as September 2021, the Times was still calling the laptop ‘unsubstantiated’ in a news story.

During the Oct. 22, 2020, debate, Trump suggested the emails were proof of Biden’s corruption and called Hunter Biden’s computer “the laptop from hell.”

Biden responded that not just the media were backing him up but, “there are 50 former national intelligence folks who said that what this, he’s accusing me of, is a Russian plant.”

Joe Biden pointed to a letter from former Democratic officials who claimed, with no evidence, that the laptop and the information on it was “Russian disinformation.”

“They have said that this has all the characteristics — four, five former heads of the CIA, both parties — say what he’s saying is a bunch of garbage.”

Barr calls out Biden for lies

On Monday, Former US Attorney General Bill Barr accused then presidential candidate Joe Biden of having “lied to the American people” about his son Hunter’s laptop and emails.

“He’s squarely confronted with the laptop, and he suggested that it was Russian disinformation and pointed to the letter written by some intelligence people that was baseless — which he knew was a lie,” Barr claimed.

“And I was shocked by that.”

Last week, only five of the 51 ex-government intels still stood by the letter that Hunter’s laptop is connected to Russians.

Former National Security Director Jim Clapper, who was the author of the letter, defends it.

Claims like “If we are right, this is Russia trying to influence how Americans vote in this election, and we strongly believe that Americans need to be aware of this.” And the line used by Biden’s campaign that the laptop had “all the classic earmarks of a Russian information operation” is still being used about other issues.

Five of the other letter signers declined to comment. 39 of them had no response whatsoever. And two could not be contacted.

Lines from the letter were amplified in the media. And Joe Biden was able to use it at the debate. The letter’s content was used to justify cutting the bombshell story off social media while claiming its source was Russia not Hunter Biden.

The timing of the letter makes sense. It was part of the coordinated censorship campaign. And its purpose was to block the truth from potential voters in the 2020 election.

Devine’s tell-all book, “Laptop from Hell: Hunter Biden, Big Tech, and the Dirty Secrets the President Tried to Hide” was originally published in November 2021. But it is only in the last few weeks that it’s climbed to #15 on the “New York Times Top 100 in Books”.

The Post’s editorial board responded to the belated timing of the New York Times story.

“Readers of the Times have discovered in March 2022 that Hunter Biden pursued business deals in Europe and Asia and may have leveraged his father’s position as vice president to do it. Hunter also may not have properly registered with the government or declared all his income. All legitimate topics of discussion about a presidential candidate’s family, no?”

And stated the obvious, “Readers of The Post have known this since October 2020.”