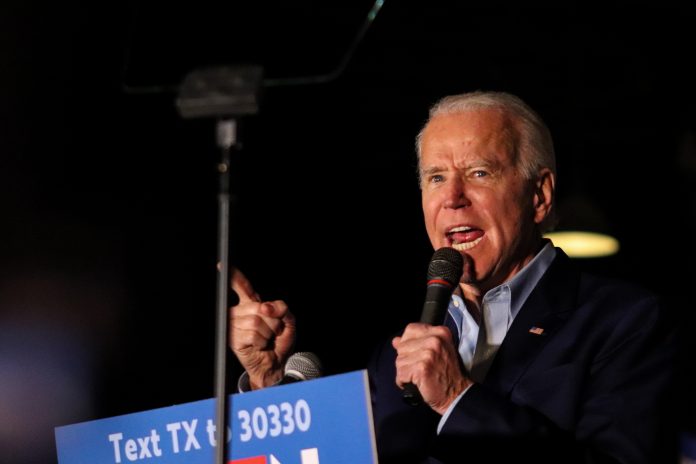 There are many problems with the $3.5 trillion spending package President Biden and most Democrats want passed. Studies into this bill have shown it would raise taxes, kill jobs, devastate the GDP, and cause a slew of other issues.

Another problematic aspect of this bill is the fact that Biden keeps lying about it. The president of the United States wants Americans to believe a $3.5 trillion spending bill will add $0.00 to the national debt. Anyone who is truly paying attention knows better than this.

Biden says increasing taxes on the wealthy is how he will fund all the heavy spending. Yet, this president also wants the IRS to have direct access to Americans’ bank accounts, investments, and financial transactions that reach $600 or above. Many non-wealthy people have $600+ transactions and accounts.

However, as it turns out, the Democrat Party doesn’t even have the votes to pass their bill through Congress. Democrat Sen. Joe Manchin stated on Thursday he will not vote for his party’s favored spending bill.

Manchin on the $3.5 trillion spending package

The West Virginia Democrat senator has publicly shared several issues he has with the bill. Manchin stated that rates of spending should not go beyond $1.3 trillion; furthermore, the lawmaker believes the proposed tax increases are presently “vindictive.”

This isn’t it, though. Later, Manchin explained that Biden’s favored $3.5 trillion spending legislation is “fiscal insanity” that would furthermore engender an “entitlement mentality” in the United States.

Shortly thereafter, the Democrat lawmaker expressed some modifications he’d like to see made. Manchin’s view is that the bill needs to be much smaller and contain significantly fewer tax increases on the American people.

Currently, the Senate is split 50/50 amongst Democrat and Republican lawmakers. Therefore, if Democrats want to get things done and bypass a Republican filibuster, they need every single senator in their party to vote accordingly.

Democrats do not have these votes. No Republican senators are voting for the bill and neither is Manchin. If Democrats had all 50 senators on board and all 50 Republicans opposed, they could call in Vice President Harris to break the tie.

However, since Democrats can’t even get all of their senators to vote for the $3.5 trillion spending bill, it’s essentially dead in the water.