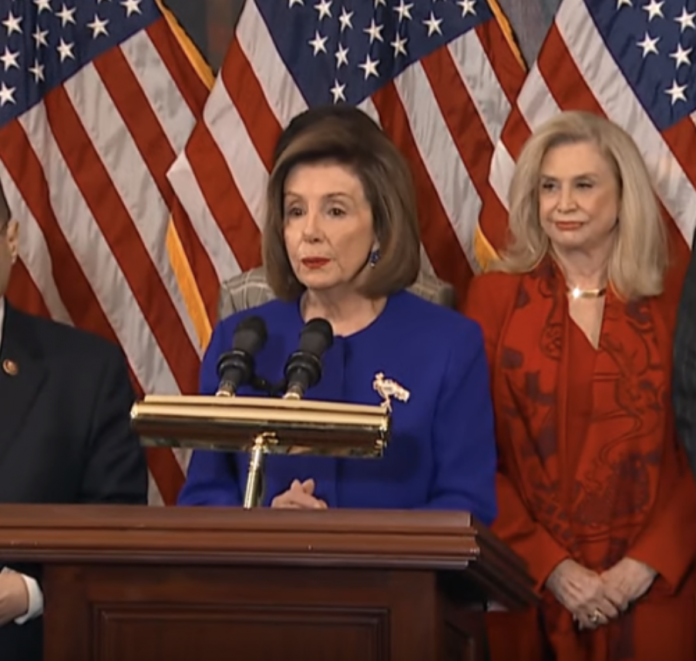 Amid massive disputes about the integrity of the 2020 presidential election, both the American left and right are working on passing election-related reforms into law.

Republicans have consistently maintained that elections should be comprised of legal votes; Democrats, on the other hand, are openly supportive of measures that create a greater risk of voter fraud. Whenever the GOP so much as mentions the need for greater election security, Democrats wrongly claim that Republicans seek to suppress the vote.

As Democrats keep the false narrative of GOP voter suppression going, they’re also working on passing legislation of their own. On Wednesday, Democrats passed House Resolution 1, a bill that would significantly lead to potential voter fraud and other irregularities.

H.R. 1 contains a series of provisions that the U.S. Senate will now have to vote on. These provisions include the restoration of ex-felons’ voting rights, automatic registration of U.S. voters, and same-day voter registration. Under H.R. 1, states would furthermore face severe limitations on their abilities to purge any voters from their rolls.

Democrats believe that legislation of this nature will strengthen America’s democracy. Meanwhile, Republicans are sounding the alarm over the path that H.R. 1 would clear for the federal government to meddle in states’ elections.

The measure must now go to the Senate for the upper chamber to hold a vote. Despite the 50/50 split between Republican and Democrat senators, it won’t be enough for all Democrats to vote in favor and then have Vice President Harris break the tie.

Due to the nature of H.R.1, 60 Senate votes will be required for it to pass. This means that even if every single Democrat senator votes in favor, they will need at least ten Republicans to also back this legislation. Given the innately partisan nature of H.R.1, Democrats are unlikely to get the necessary votes to pass it into law.

As Democrats work to stop election security legislation, they’re also backing massive spending in the American Rescue Plan; it’s important to note that this spending has absolutely nothing to do with coronavirus either.

Top Republican leaders in Congress aren’t hesitating to hold Democrats accountable, though. On Wednesday, Senate Minority Leader Mitch McConnell blasted Democrats; according to McConnell, left-wing lawmakers seek to send “wheelbarrows of cash” to local and state bureaucrats that poorly managed their communities prior to COVID-19.