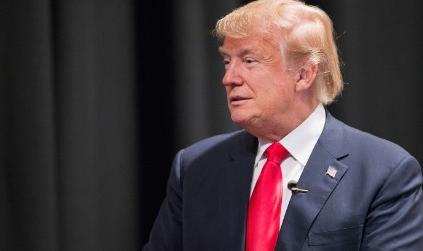 Earlier today, Maryland and the U.S. Capital filed an inane lawsuit against President Trump. Apparently, they feel as though he is breaching the law since his luxury hotels and office towers are receiving funds from foreign governments and businesses. Are the people filing this lawsuit not aware that President’s businesses are currently being overseen by his grown children? President Trump has not broken any laws; although it appears his critics would like for him to complete shut down his hotels, golf courses, and other businesses while he serves as Commander in Chief. Their lawsuit is completely baseless and unfounded and will be thrown in the garbage where it belongs sooner or later.

The specifics of the lawsuit allege that since the Trump International Hotel DC, Trump Tower, and Trump International Tower New York are profiting from a certain percentage of non American dollars, the President is somehow violating the regulations of the Constitution which halts Presidents from “enriching themselves” while in Office. Washington Attorney General Karl Racine wrongly asserted that President Trump is not “adequately distancing himself” from his proceeds. Perhaps Racine was not present when Mr. Trump resigned from his businesses shortly before his inauguration and turned title, authority, and management over to a trust fund controlled by his two eldest sons, Donald Trump Jr. and Eric Trump. It always helps to be aware before making public declarations.