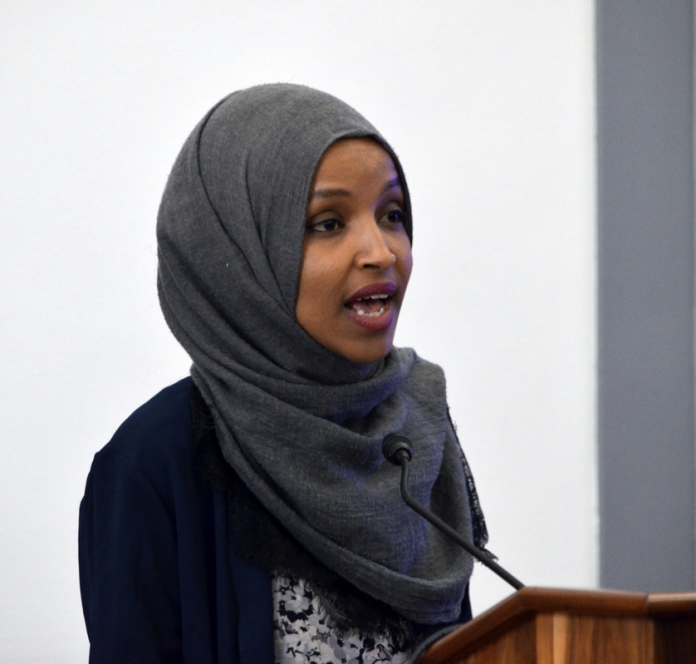 Democrats claim that they have what it takes to impeach the president; this is in spite of multiple failed votes in the House and denials of any quid-pro-quo from both Trump and the Ukraine leader.

Republicans, on the other hand, view the impeachment inquiry as wasteful and driven strictly by partisanship. Democrats’ ongoing attempts to impeach Trump from the moment he arrived into office have only fueled the GOP’s perception of impeachment.

Why Omar Favors the Arrest of GOP Lawmakers

On Wednesday, Democrats convened in order to hold a hearing about the Trump impeachment inquiry. During this hearing, Republican congressmembers barged in through the closed doors, something which the Democrats didn’t see coming at all. Despite censure from the left-wing, certain people cheered the GOP, stating that they did the right thing.

House Rep. Ilhan Omar is not one of those individuals. When participating in an interview with the left-leaning Deconstructed podcast, Omar shared exactly how she felt. Per the congresswoman’s own words, she believes arresting Republicans who entered the impeachment hearing is a sound course of action.

“It is obnoxious to me that none of them were arrested or are going to find themselves in trouble for the security breach that they did. It took an hour and a half to re-secure that room, while they still refused to leave.”

Omar then went on to admonish GOP lawmakers for taking their cell phones with them into the hearing.

“The idea that somebody would go into a room like that with their cell phone still on them, realizing how sensitive the information that is in that room is, is obnoxious.”

Democrats gathered in the Sensitive Compartmented Information Facility (SCIF); this facility does not permit cell phones on its premises.

At this time, there is no evidence to suggest that Republican lawmakers will face any arrests for yesterday’s events.

However, President Trump praised House Republicans earlier this morning for “understanding” the truth about the impeachment inquiry.

Thank you to House Republicans for being tough, smart, and understanding in detail the greatest Witch Hunt in American History. It has been going on since long before I even got Elected (the Insurance Policy!). A total Scam!