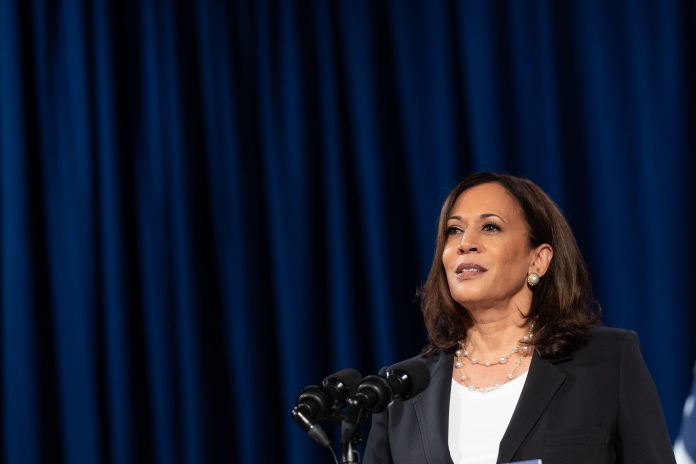 Approval ratings are not looking good for the Biden administration. Both President Biden and Vice President Harris each have disapproval ratings which are higher than their approval ratings. Furthermore, support for Biden has actually seen a consistent decline over the past four months.

As more issues arise with public safety, the U.S.-Mexico border, and inflation, Americans are worried. Meanwhile, the vice president has faced some controversies of her own.

Harris infamously took flak during the weeks and weeks she delayed visiting the Southern border. Once Harris did eventually head on down to the border, she didn’t even tour the areas suffering the strongest impacts from illegal migration.

In a recent interview, however, Harris had some choice words about the press.

Harris on the media’s coverage style

According to the vice president, the media is guilty of favoring “sound bites” over real substance, thoughts, and depth. Harris stated that the former gets rewarded, whereas the latter three are overlooked. The vice president made these comments during a sit down interview with The Atlantic.

Later, Harris stated that the media used her criticisms of Joe Biden during the Democrat primary election to undermine her joining his ticket as vice president. Harris has since claimed that ” no sunlight or daylight” stands between her and Biden in regards to matters dealing with race.

Since Harris’ time as vice president, Biden has consistently put her in leadership roles. One example of this involves setting Harris as the point person for handling the U.S.-Mexico border. Tragically, though, the border still remains in shambles.

Harris’ latest interview with The Atlantic engendered backlash from conservatives. Many right-leaning folks stated that the vice president should have a stronger focus on fixing the issues facing America.

One great starting point for this is the U.S.-Mexico border. As the federal government does nothing to fix the issues, Republicans are the ones to pick up the slack. Meanwhile, border patrol officials are struggling to manage the drug smuggling, human trafficking, and other atrocities underway.

Had Biden left in place Trump’s immigration policies, none of this would be happening.