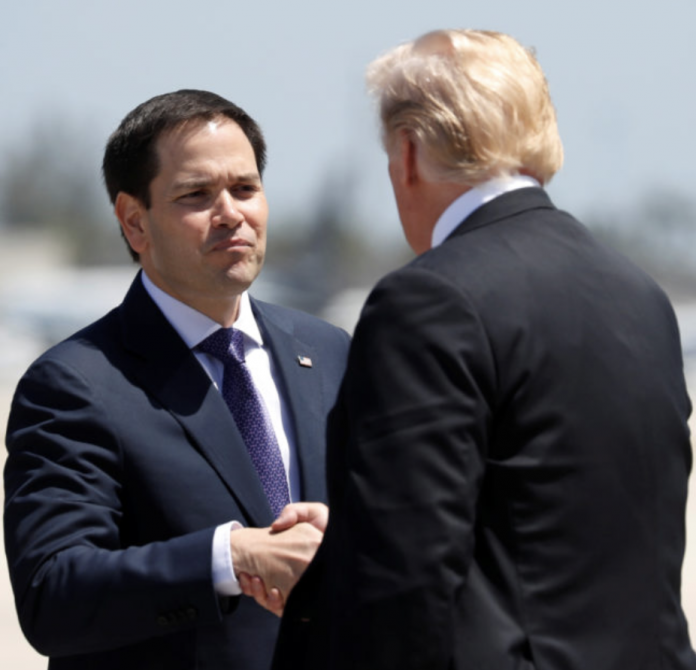 On Sunday, GOP Sen. Marco Rubio expressed his views on government shutdowns in the United States.

During an interview with CNN, the Florida senator spoke out about government shutdowns. According to Rubio, shutdowns are not “good leverage” or helpful for policy aims. The GOP senator stated these views in his own words:

“I don’t think shutdowns are good leverage. There’s been two shutdowns since the time I’ve been there, and the aggressor in neither one was the winner.”

Republican Sen. Marco Rubio: “I don’t think shutdowns are good leverage … I think it’s important to separate the tactics from the goal and the policy aim” #CNNSOTU https://t.co/rLNV2ArvPu pic.twitter.com/nPSAFp1dHI

Rubio also expressed confidence in the possibility of a resolution occurring without another government shutdown. He maintained that the White House is open to extending certain DACA protections in exchange for the $5.7 billion dollars required to build the border wall. Moreover, Rubio stated that the Trump administration is willing to make certain concessions on immigration; however, funding for the wall is a stipulation in order for the granting of certain concessions.

The Government Shutdown and the Border Wall

On Friday, the government temporarily reopened after the longest shutdown in the history of the United States. In order for government to remain open, Congress must put forth legislation which is acceptable to the president. Trump has repeatedly reiterated that funding for the wall is absolutely paramount. Democrats, however, maintain their steely opposition to providing any funds for the president’s promised physical barrier. At this time, the bill signed by President Trump will keep government open until February 15, 2019.

During the government shutdown, House Speaker Nancy Pelosi’s approval ratings slumped. Pelosi has attracted strong censure from conservatives who view her as supportive of illegal immigration. Pelosi, as a figurehead for the Democratic party, has openly stated that her party refuses to provide money for the border wall. Trump, on the other hand, claims that the declaration of a national emergency is an option for building his promised barrier.

The most recent government shutdown prompted outrage and intense distress for federal employees. Many of the 800,000 workers had to turn to food banks in order to nourish themselves. Others made headlines in the press for the inability to support themselves and pay for critical expenses.