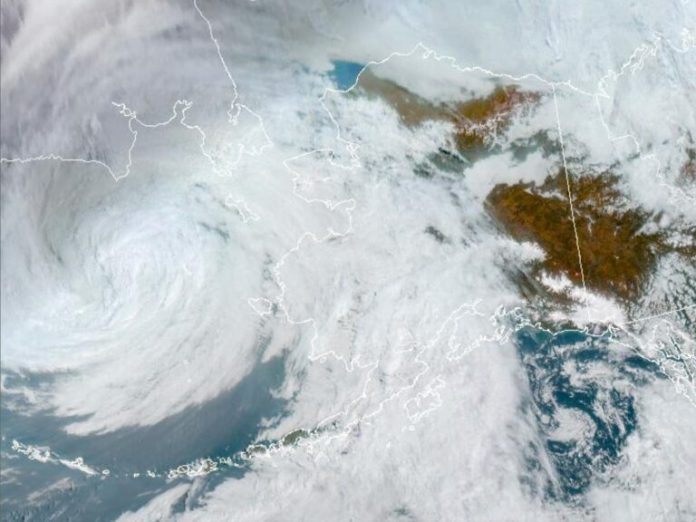 According to the National Weather Service, the system of weekend storms that swept through western Alaska is a result of Typhoon Merbok. And the peak of the storm hit Saturday night.

Experts have been citing climate change along with the wobbling moon effect.

A 2020 study from NASA and the University of Hawaii published last year in the journal Nature Climate Change details how a wobbling moon leads to record flooding.

“The higher seas, amplified by the lunar cycle, will cause a leap in flood numbers on almost all U.S. mainland coastlines, Hawaii, and Guam,” NASA reports.

The National Oceanic and Atmospheric Administration (NOAA) anticipates record flooding levels between 2021 into the 2030s.

Experts have been citing climate change along with the wobbling moon effect.

The remnants of Typhoon Merbok brought damaging 70 miles per hour winds. It encompassed over 1,000 miles of the western Alaska coastline. Along with the massive flooding, there were major power outages with thousands of residents and businesses still needing power restored.

Forecasters are calling the weekend storm one of the “most powerful systems to move through the Bering Sea area in decades.” And the wind speed was measured at near hurricane strength.

Residents that were evacuated on Saturday are returning to their homes. And assessing the damage.

Alaska Gov. Mike Dunleavy declared historic floods a disaster emergency. In a Saturday press conference, he confirmed that a substantial amount of damage had been done to the area. But no injuries were initially reported.

“Just now, I verbally declared a disaster for communities impacted by the West Coast storm. SEOC (State Emergency Operations Center) has received no reports of injuries at this time. We will continue to monitor the storm and update Alaskans as much as possible,” the Republican governor announced. 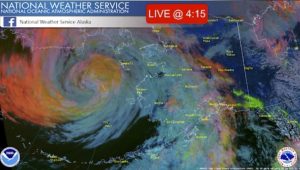 On Sunday the Alaska Department of Transportation and Public Facilities updated its website. The hardest hit regions include

Several homes were pulled from their foundations. And images of houses floating in flood waters appeared online.

Residents that were evacuated on Saturday are returning to their homes today. And beginning to assess the damage.