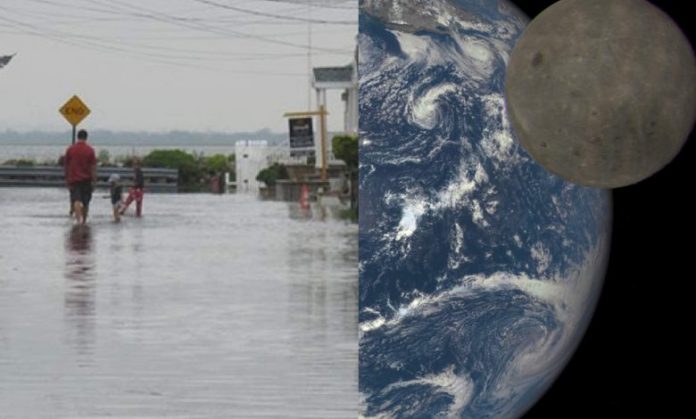 A study from NASA and the University of Hawaii was published this month in the journal Nature Climate Change. It details how a wobbling moon may lead to record flooding by the mid-2030s.

“The higher seas, amplified by the lunar cycle, will cause a leap in flood numbers on almost all U.S. mainland coastlines, Hawaii, and Guam,” NASA reports.

The National Oceanic and Atmospheric Administration (NOAA) has reported more than 600 floods in 2019. The new research expects three to four times the 2019 flooding levels by the 2030s.

What is a wobbling moon?

A moon wobble is a shift in the moon’s orbit that was first discovered in 1728. And happens in a cycle of every 18.6-years.

This fluctuation in the Moon’s gravitational pull can either subdue or amplify tides on Earth.

The wobbling moon affects gravity felt on Earth which is the main cause of the Earth’s tides. There can be devastating consequences when the wobbling moon is combined with rising sea levels caused by the planet’s warming in a cycle that already amplifies tides.

The moon is not in a tide-amplifying cycle in 2021. So there is no danger of record-breaking flooding, right now.

But researchers are warning that the moon will return to its tide-amplifying cycle in the mid-2030s. That’s when worldwide sea levels rise for another 10 years. 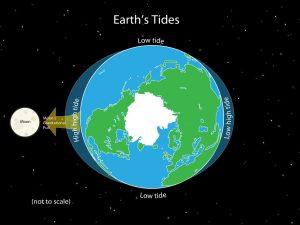 All coastal cities in the U.S. will see increasing high tide flooding in the 2030s thanks to a “wobble” in the moon’s orbit coupled with rising sea levels caused by climate change, according to the NASA report.

“Only far northern coastlines, including Alaska’s, will be spared for another decade or longer because these land areas are rising due to long-term geological processes,” NASA said.

Ben Hamlington of NASA’s Jet Propulsion Laboratory based in Southern California, is the co-author of the research study and leader of NASA’s Sea Level Change Team. He believes the findings should be of particular interest to coastal urban planners.

“From a planning perspective, it’s important to know when we’ll see an increase,” Hamlington said.

A high-tide flood tool can be found on the NASA team’s sea level portal. The flood tool will be updated soon with the findings from this study.