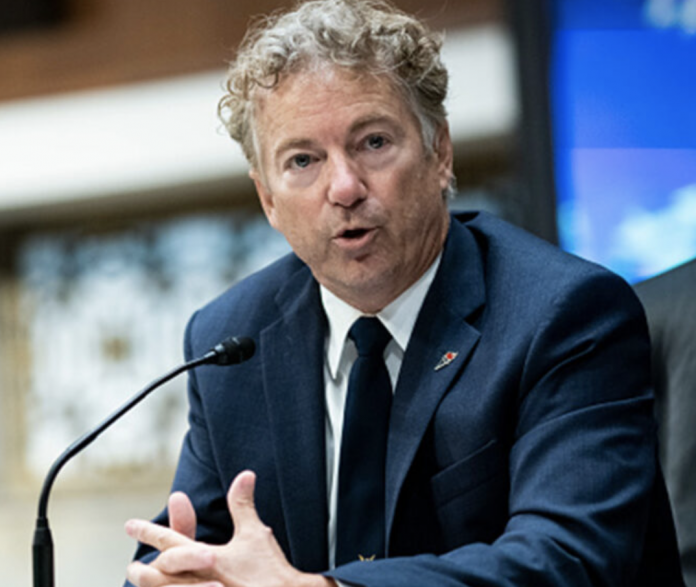 Last week, Kentucky Republican Sen. Rand Paul and White House COVID adviser Anthony Fauci got into another back and forth. This time, the dispute happened during Fauci’s congressional testimony this past Tuesday.

Reviewing the dispute over NIH funding gain of function research

Despite these facts, Fauci continued to assert that NIH never funded gain of function research. Paul, in turn, reminded Fauci that lying before Congress is a crime; the senator also vowed that he would criminally refer Fauci to the Justice Department.

Over the weekend, Sen. Paul did precisely that, following through on his word.

Paul’s criminal referral to the Department of Justice

The Kentucky senator was not bluffing when he announced his plans to direct a criminal referral to the Justice Department. Last week, Paul urged Attorney General Merrick Garland to probe Fauci on a criminal level.

Due to the connection between NIH funds, the EcoHealth Alliance, and a Wuhan lab conducting gain of function research, Paul maintained that Fauci lied before Congress. Therefore, the senator believes it is appropriate for Garland to criminally review Fauci and his congressional testimony.

The Republican lawmaker has slammed Fauci for ignoring natural immunity science and getting multiple details wrong about COVID. Ultimately, Paul maintains that Fauci is a dishonest individual with an agenda outside of sharing unbiased details on COVID.

During Fauci’s latest congressional testimony, he displayed visible irritation towards Sen. Paul. Fauci furthermore made it known that he “resents” Paul’s assertions that the NIH did, in fact, fund gain of function research.