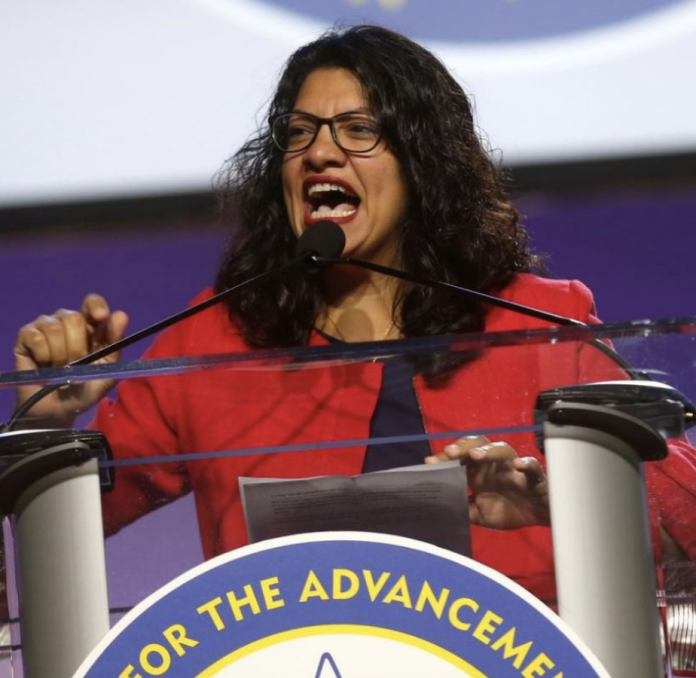 Over the course of this year, leading Democrats have articulated concerns with income gaps in America. More specifically, the minimum wage has come up on multiple ocassions. As it stands, the left-wing is overwhelmingly supportive of increasing the minimum wage. For some time, the progressive goal for a federal minimum wage has rested at $15.00 per hour.

However, that all changed on Sunday. During a speaking event in Detroit, Michigan, House Rep. Rashida Tlaib expressed her interest in seeing the minimum wage increase to $20.00 per hour. The congresswoman moreover stated that she cannot “allow” the American people to rely upon tips to earn a living.

Calling to increase the minimum wage to $20.00 per hour is yet another lofty goal from a freshman House Democrat.

Currently, many tipped workers earn $2.13 per hour. This wage is based upon the notion that servicepeople will make much more in tips. In many cases, if earned tips do not amount to at least the federal minimum wage, employers will acccount for the difference. Despite this setup, Tlaib remains all in favor of hiking the federal minimum wage beyond even $15.00 per hour.

She explained why during a speech to her Michigan audience:

“Tipped employees make $2.13 per hour, federally. Think about that for one minute. People cannot live on those kind of wages, and I can’t allow people to be living off tips, you know, relying on tips for wages. It’s just not enough to support our families.”

Tlaib also declared that the federal minimum wage ought to be “$18 to $20 an hour at this point” before claiming that prices have already increased. The note of price increases is presumably a response to critics who oppose raising the minimum wage.

Backlash Against Raising the Minimum Wage

As Americans know, there is a fair amount of opposition against raising the minimum wage…especially to $20.00 per hour. Many conservatives have pointed out that the free market tends to adapt to minimum wage hikes. Free market adaptations come in the form of reducing employees’ hours, laying off employees, and raising general prices.

Critics furthermore maintain that individuals seeking higher pay should get better jobs or start their own businesses.