Home America Skywatchers: How to See Saturn at Opposition
SHARE 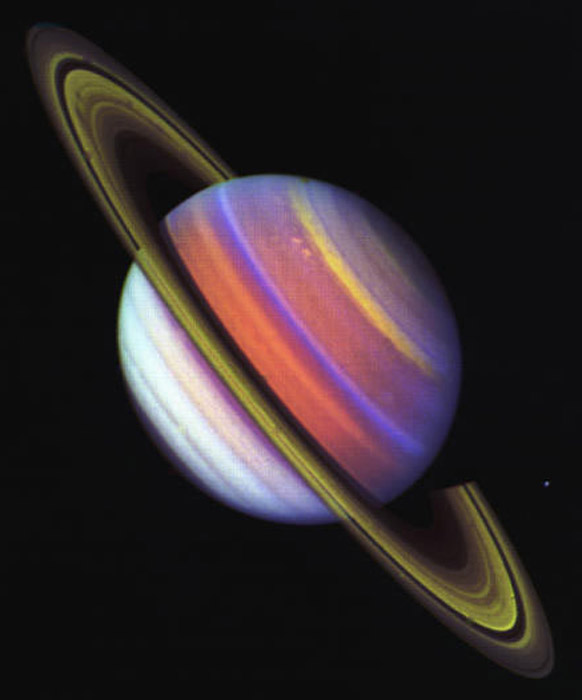 This means that Saturn will be located directly between the Earth and the Sun. This creates a light show for us on Earth. Saturn will show up brighter and more luminous than any other time this year.

The Earth moves through its orbit fast. And we come to opposition once each year, with the ringed planet. This is the time when the Earth, Saturn, and the Sun lined up like this.

Saturn is the second-largest planet and the sixth planet from the sun. And according to NASA, it would take nine Earths to span the diameter of the planet. And that doesn’t include the famous rings.

You will need a telescope if you want to see Saturn’s rings. But the planet should be visible starting in the morning on August 1 and in the evenings from August 2 through December 31. And it will be easiest to spot while at its annual brightest during the first four days of August.

“The brightest ‘star’ you’ll see not far above the horizon is Jupiter, and Saturn is the fainter yellowish object about two fists seen at arm’s length to its upper right,” explains Rick Fienberg of the American Astronomical Society.

“You shouldn’t mistake it for anything else. There are some bright spots up in the sky, but they’re going to be in the west mostly.”

“Sunday night into Monday morning much of the Midwest and portions of western California will see mostly clear skies,” Haley Brink, CNN meteorologist said. “A swath of cloudy skies will exist across the Northwest into the Rockies, across many southern states, and into the Northeast.”