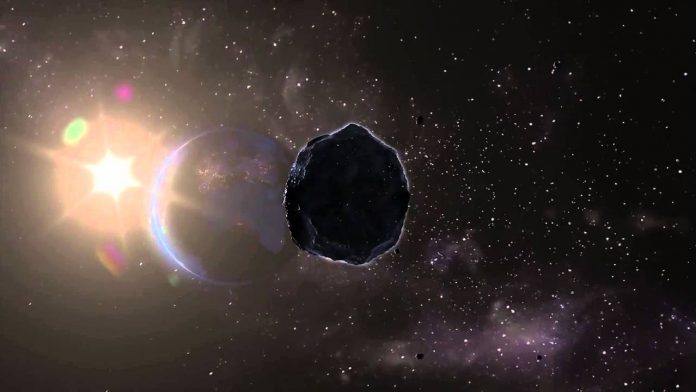 Asteroids have been smashing into Earth since the days of the dinosaurs.  And it is possible that a massive space rock could threaten life as we know it. That’s why the development of THOR systems is so valuable. It is being recognized as “next-generation asteroid and comet discovery algorithms” which reveals what’s out there and what is heading in our direction.

In May 2021, DIRAC (Institute for Data-Intensive Research in Astrophysics & Cosmology) published a pre-print detailing the THOR or “Tracklet-less Heliocentric Orbit Recovery” algorithm. 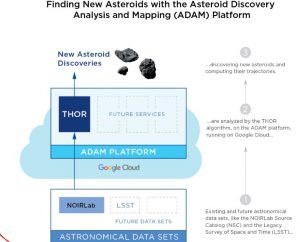 And on Tuesday, former astronaut and executive director of The Asteroid Institute, Ed Lu, and Danica Remy, B612 President released information about THOR’s first successful demonstration.

“From this Moeyens submitted a small, initial subset of discoveries to the Minor Planet Center for official recognition and validation. Now that the computational discovery technique has been validated, thousands of discoveries from NSC and other datasets are expected to follow. “

THOR views Space with an algorithm

THOR stands for Tracklet-less Heliocentric Orbit Recovery. And it is being used to discover asteroids that have been overlooked and to track their trajectory in space.

Lu leads the team that developed THOR. And they harness massive computing power to compare points of light in various images of the night sky. Then match the visual puzzle pieces together to track an asteroid’s path through the solar system.

And with the initial demonstration performed by Moeyens complete, 104 new asteroids have been spotted.

There is so much information that it gets confusing. NASA, the European Space Agency, and others have individual ongoing asteroid searches. All of them have to parse through telescope images with thousands or even 100,000 asteroids in them.

Some of the telescopes searching the heavens can’t take multiple images of the same region on the same night. So, it can be difficult to distinguish if the same asteroid is appearing in multiple photos taken at different times. But THOR easily makes the connection.

“This makes it possible to track the object’s path as it moves and to determine if it’s on a trajectory bound for Earth. Such a formidable task wouldn’t have been possible with older, slower computers, he adds. “

THOR is a privately funded app. Its developers anticipate customers including public and private space agencies like SpaceX, NASA, and the ESA. The doors are also open for scientists, researchers, educators, and mission planners.

The Asteroid Institute is a program of the California-based nonprofit B612 Foundation. And THOR is part of the broader vision.

THOR runs on ADAM, the Asteroid Discovery Analysis, and the Mapping platform. It is an open-source system using Google Cloud. Google has offered support to the project by providing cloud computing and storage, as well as, detailed advice on how to use Google tools and systems.