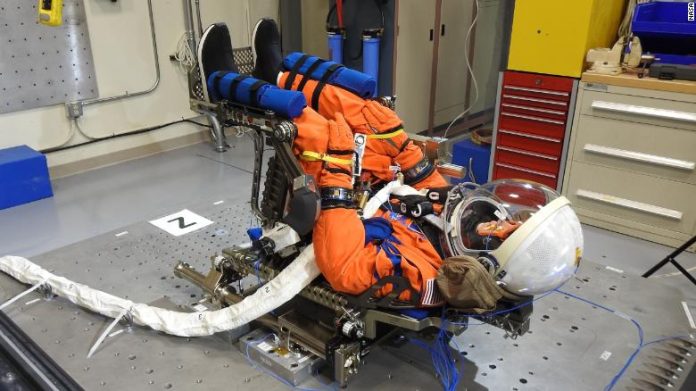 NASA and SpaceX are partnering to send a mannequin to the moon. And the mannequin has been named “Campos” through crowdsourcing.  The name was chosen to honor Arturo Campos, a Mexican American NASA engineer who was one of the heroes of the miracle rescue of the 1970 Apollo 13 mission.

Campos is expected to be launched with an uncrewed Artemis I mission slated for November. The human-sized figure will be dressed in a first-gen Crew Survival System. The spacesuit has been undergoing testing. It will also be equipped with dual radiation sensors.

Campos will be providing data about what crew members will likely experience on the 2023 Artemis II spaceflight. 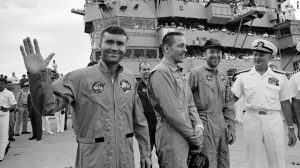 On April 13, 1970, NASA astronauts Fred Haise, James Lovell, and John Swigert were in Apollo 13 speeding through space to the moon.

NASA had not prepared for astronauts getting stuck-in-space 200,000 miles from home.

But Arturo Campos’ had planned for just such an emergency. Campos was a talented electrical engineer responsible for the designs on the Apollo lunar modules. And he had a pre-written strategy ready when the unthinkable happened.

His detailed directions were sent to mission control. And ultimately relayed to the astronauts.

According to NASA, “The entire process took about 15 hours, and in the end, enough power was diverted from lunar module power sources into the emergency batteries of the command and service module to provide heat to the astronauts, assist them in their journey home. And enable them to land safely on Earth.”

“If it hadn’t been for the procedure Campos and his colleagues put together, it is likely the Apollo 13 mission would not be remembered as the ‘successful failure’ that it is today.”

Campos was a trailblazer. His career spanned decades where there weren’t many Hispanics working for NASA. Throughout his lifetime he was an advocate and a mentor at NASA and in his community.

Campos retired from NASA in 1980 and began working as an electrical engineering consultant. He died in 2004 of a heart attack.

He will always be remembered as a hero in the safe return of Apollo 13. And as an advocate for job equality and his community. But it may also be remembered that his name was given to a mannequin in 2021. And that Campos was launched to the moon in an effort to save future astronauts. And bring them safely home.