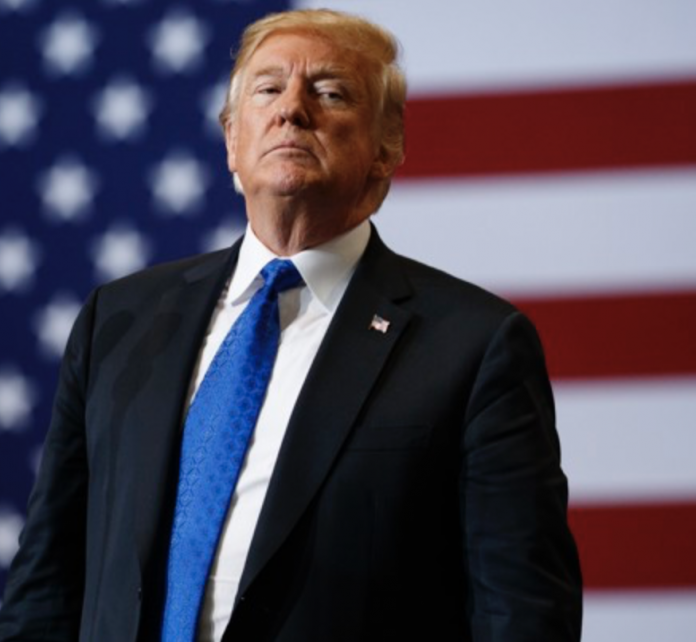 President Donald Trump slammed New York Democrats and claimed the state’s top law enforcement agency is treating him unfairly. He also claimed that he is a victim of a “total double standard of justice.

He expressed his complaints after a lawsuit by the New York State Attorney General’s office against the Trump Foundation led to its dissolution. Yesterday, the foundation agreed to dissolve under judicial supervision.

In a series of tweets on Wednesday, Trump said his foundation “has done great work and given away lots of money, both mine and others.” He also claimed that New York Democrats including Governor Andrew Cuomo and former Attorney General Eric Schneiderman are slamming him with a “long running civil lawsuit.”

The Trump Foundation has done great work and given away lots of money, both mine and others, to great charities over the years – with me taking NO fees, rent, salaries etc. Now, as usual, I am getting slammed by Cuomo and the Dems in a long running civil lawsuit started by…..

Additionally, president explained that he wanted to close the foundation when Schneiderman was still the attorney general “so as not to be in conflict with politics. He called the former attorney general “shady” citing the reason that he “refused to even look at the corrupt Clinton Foundation.

…sleazebag AG Eric Schneiderman, who has since resigned over horrific women abuse, when I wanted to close the Foundation so as not to be in conflict with politics. Shady Eric was head of New Yorkers for Clinton, and refused to even look at the corrupt Clinton Foundation……

Furthermore, Trump said Attorney General Barbara Underwood and her successor are also against him. The president believes he “will never be treated fairly by these people” and claimed that he is a victim of “a total double standard of justice.”

….In any event, it goes on and on & the new AG, who is now being replaced by yet another AG (who openly campaigned on a GET TRUMP agenda), does little else but rant, rave & politic against me. Will never be treated fairly by these people – a total double standard of “justice.”

Incoming Attorney General Letitia James recently stated that she plans to launch a sweeping investigation against the president and his family members. She said, “We will use every area of the law to investigate President Trump and his business transactions and that of his family as well.”

In June, Underwood sued the Trump Foundation for allegedly committing a “pattern of persistent illegal conduct.”  At the time, the president called it a “ridiculous case,” and vowed that he “won’t settle it.”

Underwood vowed to continue to pursue the lawsuit against the foundation. Her office is seeking $2.8 million in restitution plus penalties and an order prohibiting Trump and his adult children—Donald Trump Jr., Ivanka Trump, and Eric Trump—from serving on any Board of other charitable organizations in the State of New York.