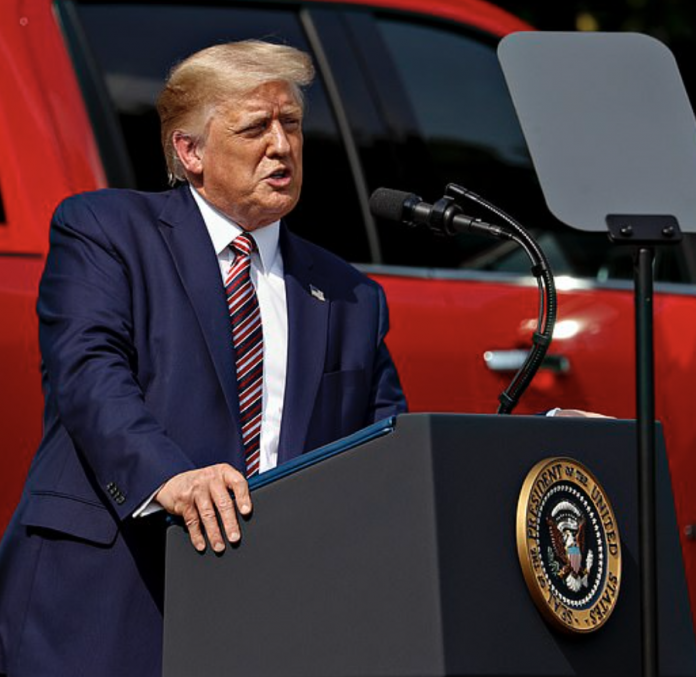 Former President Trump continues to be a major player in Republican politics. As this time, Trump is working with conservatives to ensure that the GOP takes back the House of Representatives (if not also the Senate) during the 2022 midterms.

President Biden’s decisions in the White House have proven the strong need to get Republicans back into power. Right now, Democrats have a power monopoly in the federal government; this monopoly is not sustainable, in light of how Democrats have handled themselves over the past four months.

A closer look at Trump’s interview with Newsmax

When the 45th president spoke to Newsmax this weekend, he did so over the phone. During this time, Trump warned that the Democrat Party not only loathes America, but will also destroy the country if Republicans don’t stop them.

At one point during the interview, the 45th president discussed the new crime surges that have taken place since Biden got in the White House. Trump stated that it’s a “basic” fact that defunding the police means crime goes up; he then stated that with Biden and the Democrats in charge, crime will sadly get much worse than it currently is.

Later, Trump also talked about the nightmare that Biden has turned the Southern border into. The former president stated that all Biden had to do was leave the border exactly how it was when Trump left office; however, the current president made it his first order of business to undo and rescind the policies of the Trump administration.

Saving the country from the Biden agenda

President Trump and others have made it very clear that with Biden at the helm, America is in trouble.

However, there are some key moves conservatives can make for the sake of protecting the country from the Biden agenda. First and foremost comes the leadership of Republican governors. Already, red states and GOP governors have started pushing back against the whims of this out-of-control president.

Next comes conservatives winning the 2022 midterms and regaining congressional power. The final blow to the Biden administration can then come in 2024 when Republicans make Biden a one-term president.