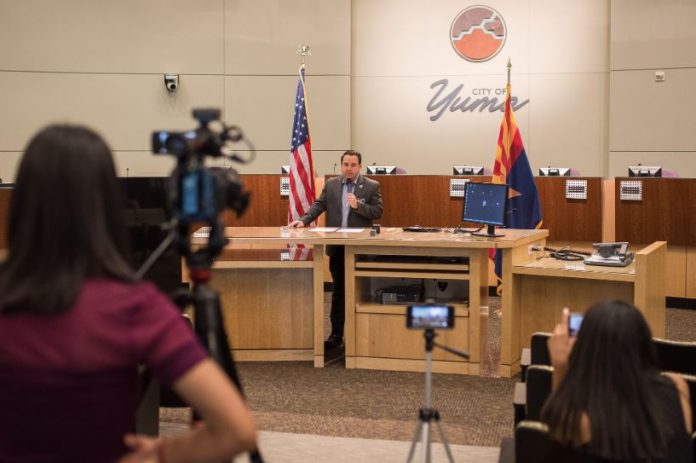 The Mayor of Yuma City, Arizona declared a local emergency to seek federal assistance due the ongoing releases of migrant families by the U.S. Border Patrol (USBP).

Over the past three weeks, almost 1,300 migrant family members were released into the local shelter system, which can only sustain up to 200 people.

Nicholls clarified that the migrant families released to the shelter will not stay in the Yuma community. They are waiting to be transported to cities across the United States.

The USBP conducted health and background screening of every migrant, provided each of them with paperwork to travel in the country, and instructed them to appear a court proceeding.

According to him, “The non-profits have done a great job to try to move migrants on their final destination… They are not looking to reside in Yuma. However, the transportation network is just insufficient to keep up with the demand and the backlog of people staying in the shelter has created this capacity issue.”

Additionally, Nicholls explained Nichols explained that he declared the local emergency to prevent a situation in which asylum-seeking migrants are left without resources and potentially go out in the greater community to satisfy their basic needs.

He believes that the local emergency declaration is necessary to obtain resources to maintain Yuma’s community and migrants’ human rights.

“I am calling upon the federal government to alleviate he humanitarian crisis in Yuma, as our NGOs are overcapacity and cannot sustain providing this aid,” said Nicholls.